Queen Bey is back with a bang. Beyoncé never fails to stun the netizens with her luxurious style and sartorial fashion picks. Beyonce is back to her regal ways and we are loving it! Time and again, Bey doesn't have to do much to prove her worth and have our jaws hitting the floor with her timeless fashion. 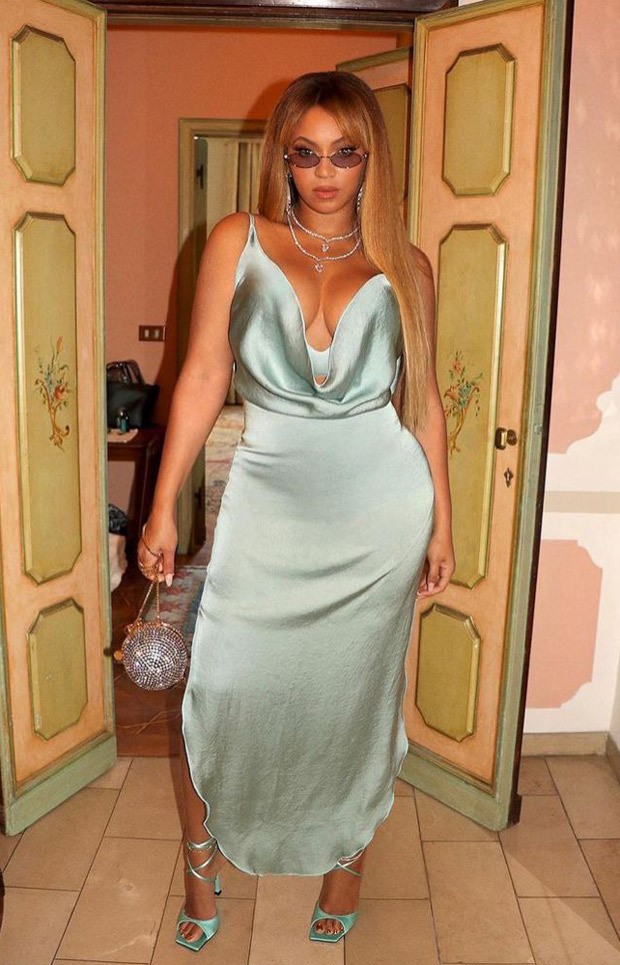 Beyoncé stunned in a teal blue satin dress with a plunging cowl neck. Beyoncé looked gorgeous as the dress hugged her in the right places. She was seen on the deck showing off her toned legs. Beyoncé's makeup was shimmery with soft dew and blush toned cheeks and middle parted bouncy hair with soft waves. She paired the look with teal blue tie up heels and diamond necklaces. The dress was worn with a bustier of the same tone under the cowl neck satin dress. She paired it with heels and a rhinestone jewelled clutch bag. Beyoncé's date night is literally a dream. 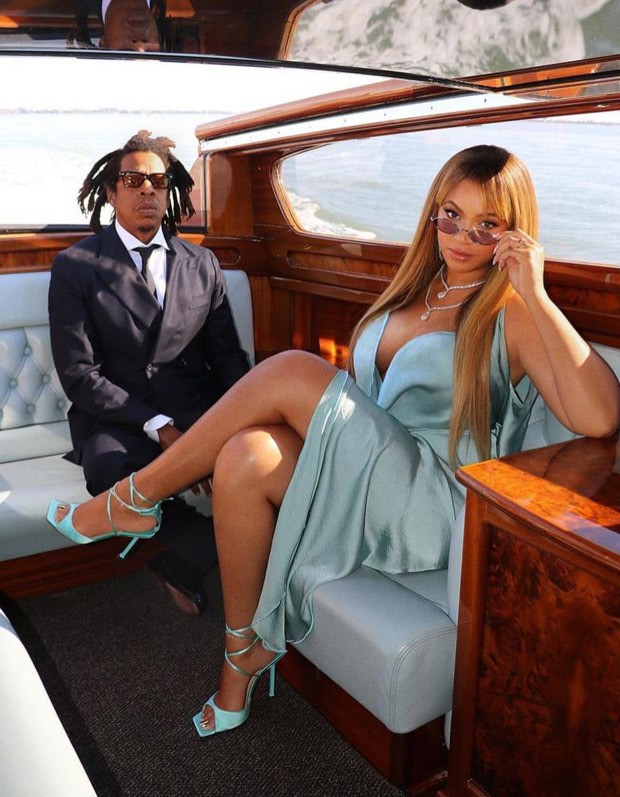 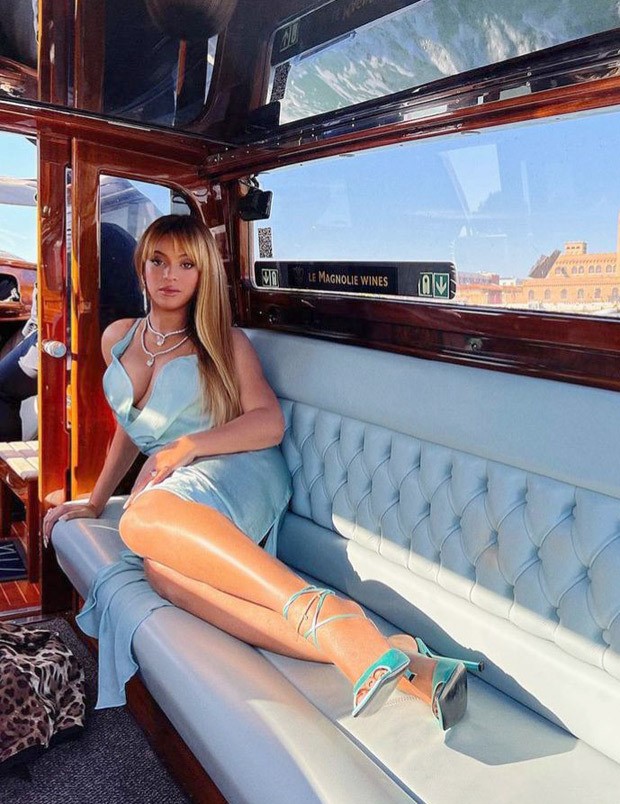 A couple weeks ago she and Jay-Z took London by storm to promote The Harder They Fall, a film produced by the 51-year-old rapper. The couple, who have been married since 2008, have travelled to the capital for the release of Jay-Z's new Netflix film The Harder They Fall, and they attended the premiere at the BFI London Film Festival on Wednesday. Jay-Z produced the Western revenge thriller, which stars the likes of Idris Elba and Regina King. It's slated for an October 22 theatrical release.

Also Read: Beyoncé is back to her Queen ways in a satin dress with a slit dress