A sequel to one of the biggest hits of 2016, Baaghi 2, just like its predecessor features some of the most high-octane action sequences. Prime Focus was responsible for delivering many of these large-scale action sequences involving several environment augmentations, animated helicopter, muzzle flashes and explosion and smoke enhancements. Prime Focus VFX Supervisor Mahesh Baria led the team to augment and enhance the high impact helicopter crash which was central to the climax sequence, adding elements that would not have been possible to shoot practically. 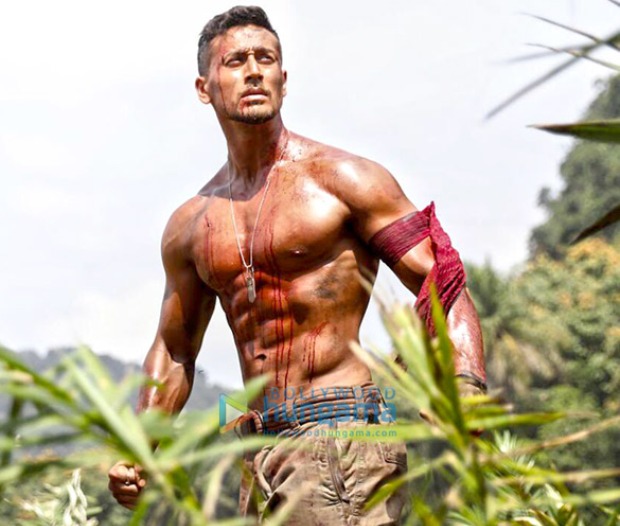 The climax scene was shot about a deep fissure with terrains and barren tracts which contrasted with the thick vegetation of the forest which formed the setting of the scene. The digital extension of greenery was an understated aspect of the sequence in terms of complexity, given the substantial portion of screen space they occupy in a large number of shots. Along with matte paint, Nuke’s Point Cloud technique was used to create a geometrical mesh of greenery and vegetation which was later projected along the uneven and patchy terrains to form the vast library of trees that fill the grounds. Not only did the VFX team have to add greenery to these areas but also simulate movement – whether the trees are gently blowing in the breeze or being subject to helicopter rotor wash. In some cases the VFX team was able to use a 2D warping approach to introduce movement into digital matte paints generated through hi-res images of trees, acquired by digital photography carried out on set by the VFX Supervisor. 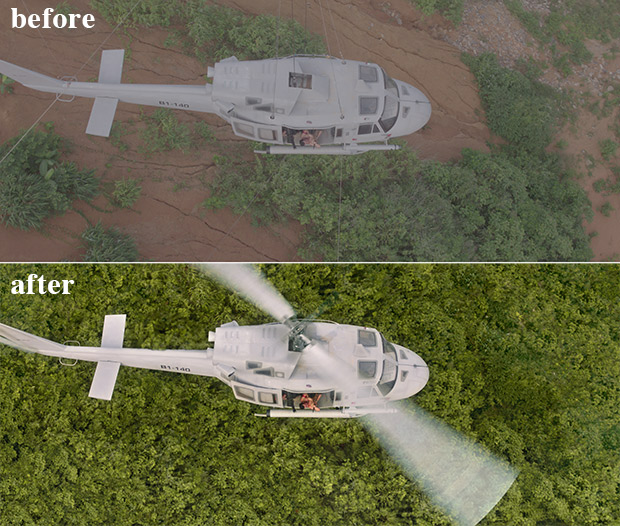 The climax scene features the burning, smoking helicopter, spiralling over the jungle, slamming into the ground, then crashing in front of camera, carving up the ground along the path before exploding. “The specific details of the helicopter crash sequence were left to us to design and we began by removing the large wire rigs and creating a CG model of the partial helicopter set-piece used during the shoot,” said Mahesh Baria. “The animators then designed rotor blades for the CG model adding practical motion blurs and shadows. The matchmove team than tracked and placed the model along the lengths and contours of the set piece for rigging.” 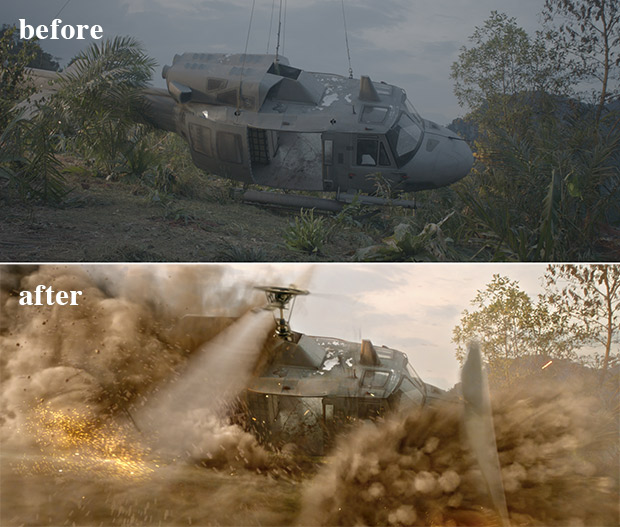 A lot of work was carried out in compositing to balance the subtle nuances of light and shadow cast by the rotor blades and reflected colours from the trees and grounds around it to make the CG helicopter look as identical as possible to the real thing. Another complexity with this shot was taking account of all the interactive lighting and shadowing you would get from the explosion and layers of spark, debris, dust and smoke

“For the crash, we settled on a dynamic simulation approach to introduce whirlwind, a broken rotor blade flying-off and particle emission of sparks at impact points and along collision surfaces,” said Mahesh Baria. “Multiple layers of smaller sparks, smoke and whirlpool of dust were added, all simulated to interact with each other, to create the whole effect.” 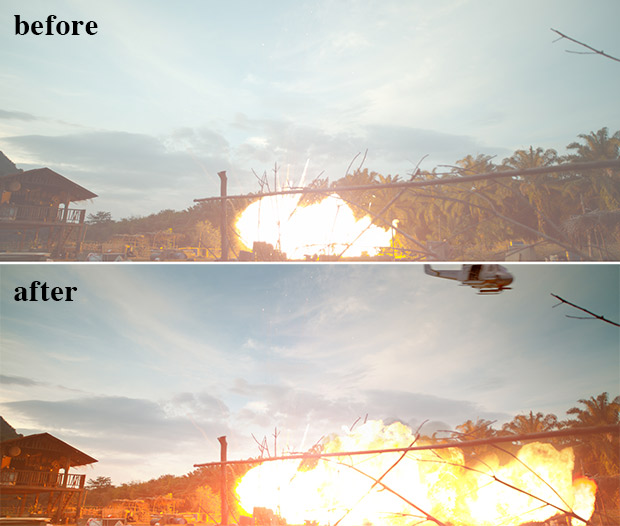 Talking about the project, Niraj Sanghai, Business Head, Prime Focus said, “It’s always a pleasure working with Sajid and we are really grateful to him for the trust he has continued to place in Prime Focus. It was also refreshing to collaborate with Ahmed Khan on this action packed thriller. Our team’s efforts to realize Ahmed’s vision benefitted immensely from his intensive involvement in the project right from the pre-production stage, and from his clear and wise guidance.” 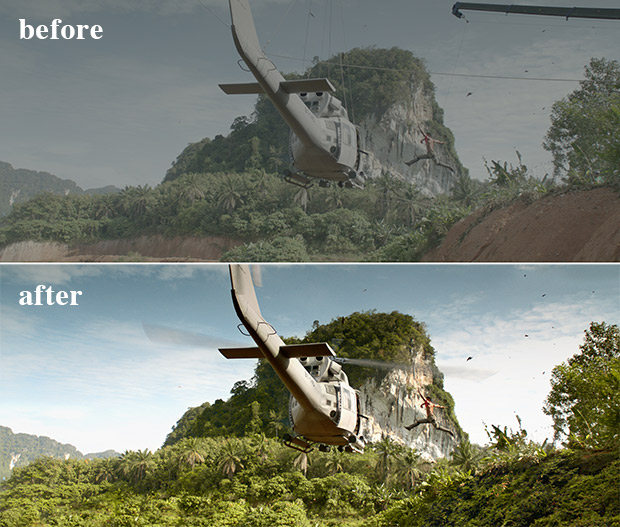 The film was also color graded by Prime Focus colorist Ashirwad Hadkar. While grading, a lot of time went into enhancing the visuals and the emotional content of the film to ensure that the look of Baaghi 2 was different from other films in the same genre.

A total of 110 artists from across the departments of Prime Focus worked hard to deliver 450 VFX shots for Baaghi 2 in a span of 25 days. Baaghi 2 released worldwide on March 30 under the banner of Nadiadwala Grandson Entertainment.