Bollywood hunk Arjun Rampal became the father of baby boy Arik with his girlfriend Gabriella Demetriades on 18th July 2019. The family is currently holidaying in the beautiful city of Budapest and has been uploading pictures on social media since then. Arjun Rampal is keeping his fans updated with Budapest diaries by uploading some beautiful shots of the city, family pictures as well as monuments. 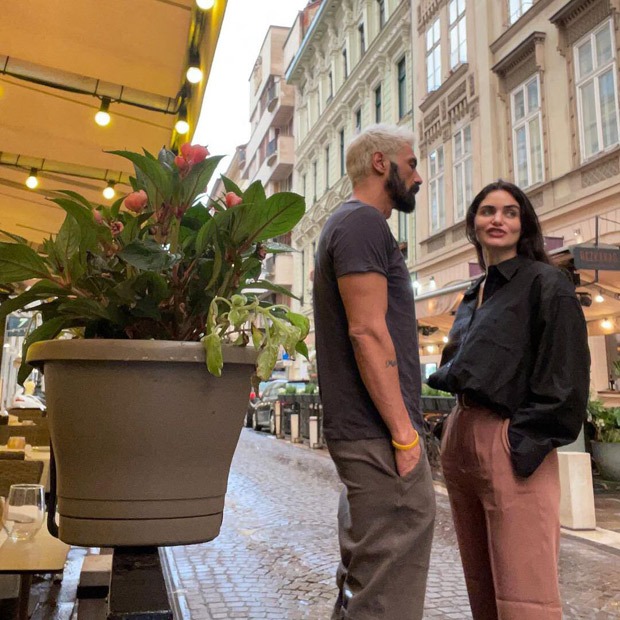 The couple can be seen having the best time of their life with son Arik by their side. In the first picture, Arjun and Gabriella are seen posing candidly while the next picture is of Arjun and Arik having selfie time. Arjun posted the picture and captioned it, "What's the plan? Fam? Fans started commenting on their holiday pictures with heart emojis, some said cute and some liked the blonde look of the actor very much. Have a look at some of their photos below:

The 48-year-old actor is in Budapest for the shoot of his film, Dhaakad, and felt fortunate to start shooting again. Taking out the time from his shoot he spent quality time with Gabriella and Arik being the doting father and companion. On the work front, he has Aparna Sen's The Rapist, Ramesh Thete's The Battle of Bhima Koregaon, a Telugu debut, and a TV web series named The Final Call.