As we all know, the entire Kapoor family is busy with the preparations of the Sonam Kapoor – Anand Ahuja wedding. From sangeet practices to mehendi function, there is quite a bit of hustle-bustle around the Kapoor residence in Juhu. But despite all the preps, her cousin Arjun Kapoor has abided his commitment. In fact, he has taken time out specifically for Sonam’s brother Harshvardhan Kapoor. 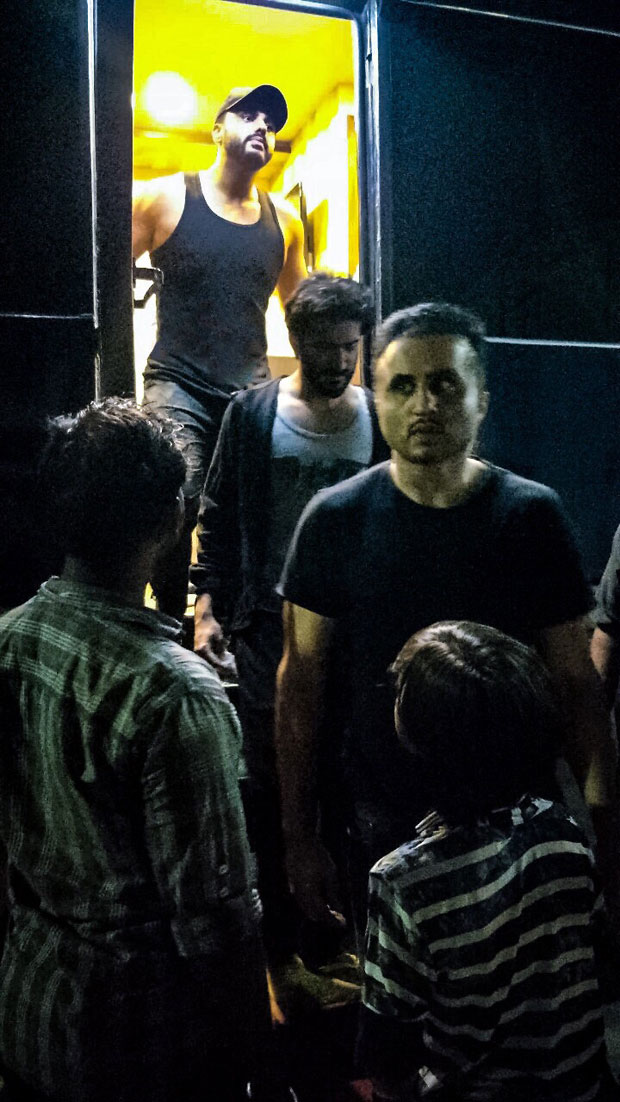 For the uninitiated, we had recently reported that Arjun Kapoor will be essaying a small role in Harshvardhan Kapoor starrer Bhavesh Joshi Superhero. Even though it is just for a song, it was being said that Arjun immediately agreed for doing it in his cousin’s second film. Now it has been revealed that the actor was recently spotted in Mumbai shooting for this special video.

Let us remind you that a day ago, it was the Mehendi function of Sonam Kapoor, for which the entire family was invited. Despite the preps that have started on full swing at the Kapoor household, Arjun decided to complete the shoot of the song, held in Chandivali studios on Saturday. We got our hands on the actor coming out of the studios recently.

The said number titled 'Chavanprash' also features Harshvardhan but earlier we had mentioned that the actor won’t be dancing in the song. Rather, he will be seen wearing his vigilante mask in the said track. As for Arjun, he will be seen as the quintessential Casanova surrounded by hot girls dancing around him.

“Arjun was the item boy in the song much like ‘Chokra Jawan’ and ‘High Heels’. Harsh was in his character so he is not going to be dancing. Arjun had a blast on the sets. It’s a big dance song,” said a source close to the development.

Bhavesh Joshi Superhero, which has undergone several delays, will finally hit the big screen this year. Directed by Vikramaditya Motwane, the film is slated to release on May 25.