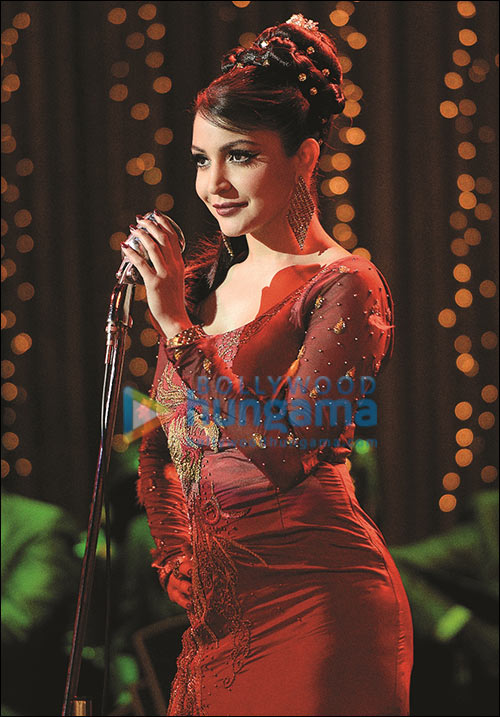 Considering that Bombay Velvet is set in the 60s, the makers have decided to adapt the style of that era in every aspect, including music. This era which gave us some of the most memorable classics will be revived in the film.


The makers of this romantic-thriller have got the rights of the iconic song of Geeta Dutt, 'Jaata Kahaan Hain Diwane' from the 1956 Dev Anand starrer CID. The original song was picturised on the legendary Waheeda Rehman and now, it will have a more contemporary feel and has been picturised on Anushka Sharma who plays a 60s superstar singer named Rosie Noronha. In fact, it is by singing this song that Rosie gets noticed as a singer in a club and becomes the marquee performer at Johnny Balraj's (played Ranbir Kapoor) 'Bombay Velvet'.


Set against the backdrop of ambition, love, greed, and jazz, Bombay Velvet is inspired by the book 'Mumbai Fables' written by Gyan Prakash. Directed by Anurag Kashyap and produced by Fox Star Studios, the film also stars Karan Johar, Kay Kay Menon and Manish Choudhary and is slated to release on May 15, 2015.