Kareena Kapoor Khan has been one of the most popular fashionistas amongst B-town divas. Not surprisingly, she has turned muse for many fashion designers including international. And it seems she continues to be one amongst the favourites that Pakistani designer Faraz Manan has.

In fact, Faraz Manan confessed about the same when he clicked a picture with Kareena Kapoor Khan recently. The actress met the Pakistani designer in Dubai and it seems the duo had a reunion of sorts. Known for her equally elegant public appearances, we saw Kareena dressed gracefully for the recent reunion too. 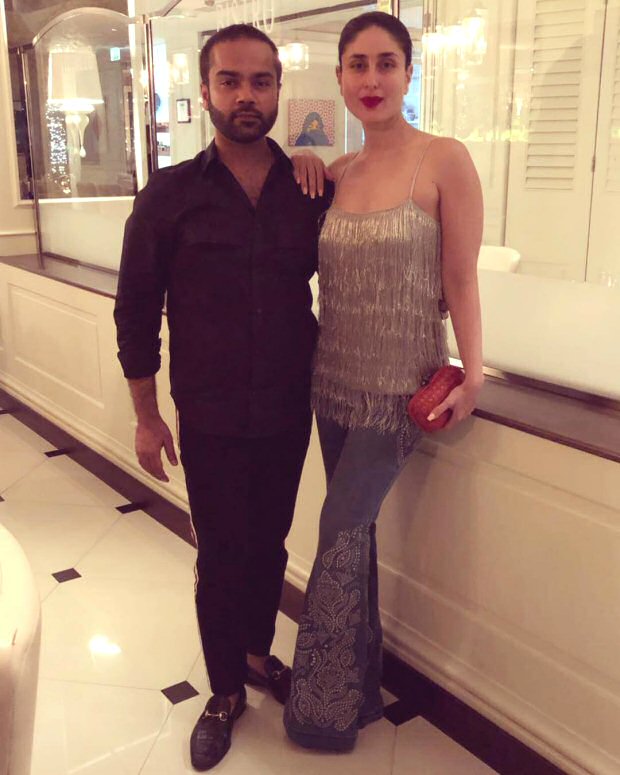 Sporting embroidered denims and a shimmery top, Kareena flaunted her newly attained svelte frame after the birth of her son Taimur. Faraz Manan shared picture of these special moments on his Instagram page where he also referred to Kareena Kapoor Khan as his ‘favourite muse’. He also posted another picture captioning it as, ‘Dubai Nights with the gang.’ 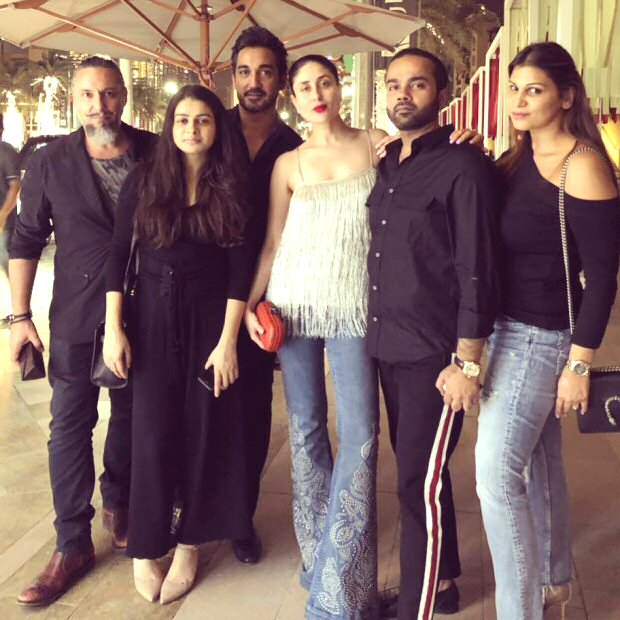 Kareena Kapoor Khan’s next step in Bollywood is Veere Di Wedding. The trailer launch of this chick flick to be produced by Rhea Kapoor and Ekta Kapoor is supposed to be held this month. The actress is supposed to be playing the leading lady along with Sonam Kapoor, Shikha Talsania and Swara Bhaskar. The film is expected to be a summer release and will hit the big screens on June 1.

Kareena Kapoor Khan is daydreaming and…