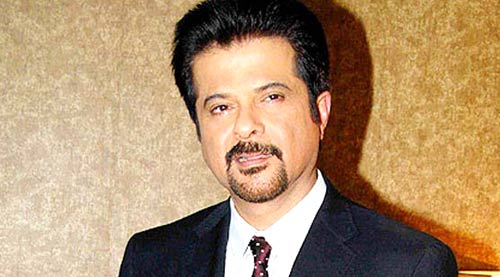 Anil Kapoor who has been travelling returned in time for Karva Chauth on Saturday. His careful diet plans have been abandoned, all thanks to Karva Chauth. The guest-list included Boney and Sridevi Kapoor, Anupam and Kirron Kher, Sanjay and Maheep Kapoor.


And everyone was in the mood to tuck into the goodies.


Ironically it is Anil's wife, the very disciplined and health conscious Sunita, who persuaded Anil to abandon his diet for a night of feasting after the fasting.


Says a friend of the Kapoors, "Karva Chauth with Sunita and Anil means binging on the yummiest Punjabi khana in Mumbai. Who can resist the food-spread Sunita puts out on Karva Chauth?"


Apparently, Anil can. He was all set to give the sumptuous feast a miss. To Anil's shock it was his wife who has constantly kept Anil on a strict diet, who told Anil to tuck in. Anil meekly obliged.


Speaking on the experience of rampaging in the cuisine kingdom Anil said, "It was Karva Chauth, yaar. And all our friends were over at our home. It didn't look nice for me to not join in. So I had to give up my very careful diet. Actually, I was eating even more frugally than usual in America. When I came back the oil masalas and curry just hit my senses. Indian food feels very heavy after you eat Western food."


Incidentally Sunita is not the only Kapoor wife to maintain a strict vigil on her husband's diet. Anil's brother Boney's food is also strictly monitored by his wife Sridevi. Rishi Kapoor's wife Neetu also maintains a strict food regime.