Since the release of Amitabh Bachchan's first look from Rumy Jafry's film Chehre, the audience has been waiting for the release of the much-delayed film. As filming limitations have been eased once again, the cast and crew of Chehre are returning to the sets to ensure that the public receives its fill of amusement with this picture as soon as possible. 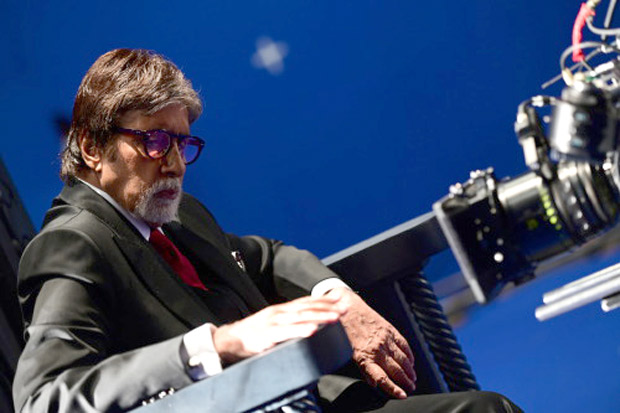 The final leg of the mystery thriller film, which stars Emraan Hashmi and Amitabh Bachchanm, has been resumed. The megastar is back in the studio to film the title track's video in Mumbai. Kookie Gulati, who helmed the Abhishek Bachchan movie The Big Bull, is directing the video.

Big B delivered a poem by Rumy Jafry for the title track, which was composed by Shekhar Ravjiani of Vishal-Shekhar and performed by 107 musicians from Prague.

For the first time, Amitabh Bachchan and Emraan Hashmi will share the screen. Hashmi plays a business tycoon in the film, while Big B plays a lawyer. To find out the truth, the two engage in a game of deception.

Also Read: Amitabh Bachchan shows what it is like to work round the clock