Megastar Amitabh Bachchan took to his blog post and paid a heartfelt tribute to late veteran actor Vikram Gokhale and TV personality Tabassum. For the unversed, Vikram Gokhale passed away on November 26 while Tabassum breathed her last on November 18 this year. In his note to them, Bachchan stated that the stage is desolated by the absence of artists of huge merit like them. 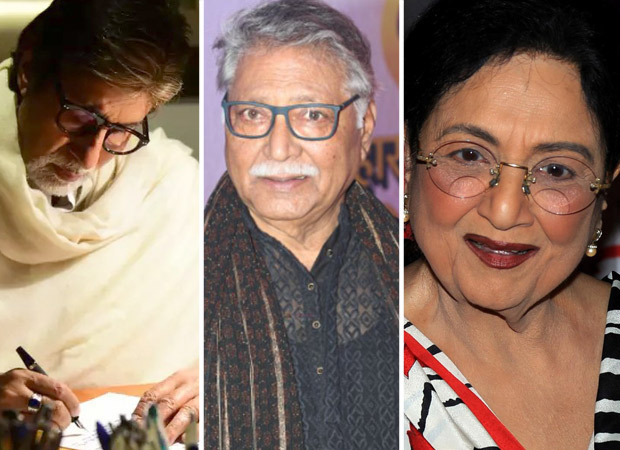 Amitabh Bachchan pays heartwarming tribute to Vikram Gokhale and Tabassum; says, ‘they played their parts and left the stage empty’

“The days are lined with sadness, friends and colleagues, artists of huge merit, leave us day by day and we listen, see and pray, Tabassum, Vikram Gokhle and some dear ones that are close and known. They came to us in our lives, they played their parts and left the stage empty forlorn and desolate by their absence(sic),” wrote Big B in his blog post.

Days after the news of Tabassum’s demise, Amitabh Bachchan had dedicated a blog to her. Speaking his mind on it, he penned, “they all leave us one by one... and it is beyond comprehension... you only recollect the times of their presence and life before the eyes and the mind... and they ever remain an image of the time... unchanged, unfettered and in the freedom of free... and then they leave, and it cannot be fathomed.”

Talking about Vikram Gokhale, he was known for several Marathi and Hindi films. He died at a Pune hospital, where he was undergoing treatment. He was 77. Amitabh and Vikram worked together for Agneepath and Khuda Gawah. They were last seen together for a Marathi film titled AB Ani CD, in which Amitabh played himself. They played childhood friends in the film.

Meanwhile, Tabassum died of cardiac arrest earlier in the month of November. She was a host of the popular Doordarshan talk show Phool Khile Hain Gulshan Gulshan.

Also Read: Vikram Gokhale passes away in Pune at the age of 77