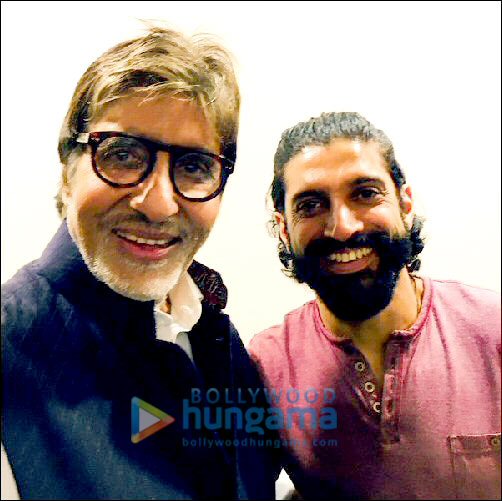 Readers may recall that Bollywood Hungama had reported about Vidhu Vinod Chopra's upcoming film Wazir, the very film in which Amitabh Bachchan teams up with the multi-talented Farhan Akhtar, and that the duo would be recording a song together.

Farhan Akhtar even tweeted a few pictures from the recording studio and titled them as Whattefun time recording #atrangiyaari with the rocking @SrBachchan. Wonderful moment captured as we sing about our Atrangi Yaari .. #Wazir @SrBachchan'


Besides Amitabh Bachchan and Farhan Akhtar, Wazir also stars Aditi Rao Hydari, John Abraham and Neil Nitin Mukesh and is being directed by Bejoy Nambiar. The film is being geared up for a January 7, 2016 release.