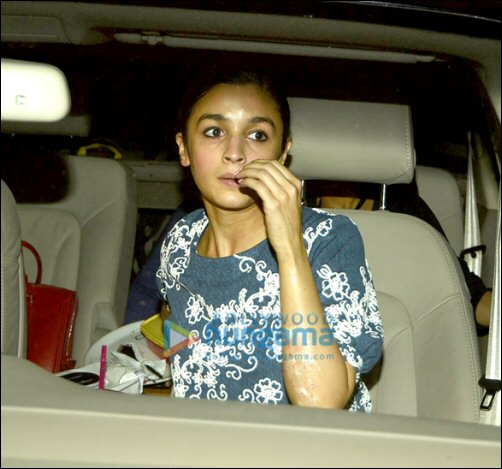 Alia Bhatt, who rarely gives a miss to award ceremonies or functions, became a victim of a mishap at the Big Star Entertainment Awards that was held recently in Mumbai. Amidst the glitz, glamour and some memorable performances, Alia Bhatt suffered several burn wounds during her stage performance.


Amongst many celebrities, Alia Bhatt too set the stage on fire quite literally. The actress who was performing a medley of her songs suffered burns around her hands and face during an act which required the bursting of crackers. After immediately being treated to first aid, the actress was rushed towards her vehicle during which she was snapped by several media photographers and her picture with these wounds went viral.


We at Bollywood Hungama wish Alia Bhatt a speedy recovery.