Last Updated 09.12.2021 | 12:26 PM IST
feedback language
follow us on
Bollywood Hungama » News » Bollywood Features News » Alia Bhatt has a companion as she takes a stroll in Switzerland and it is NOT Ranbir Kapoor, it is an ice-cream!

While Ayan Mukerji is having a hectic schedule in Mumbai trying to put together his ambitious project Brahmastra, his leading lady Alia Bhatt seems to have taken a short summer break! She has taken off to Switzerland for a nice, sunny trip and is more than happy to share about her shenanigans on social media. Her recent post features her enjoying the company of someone sweet and we are not talking Ranbir Kapoor – it is ice cream! 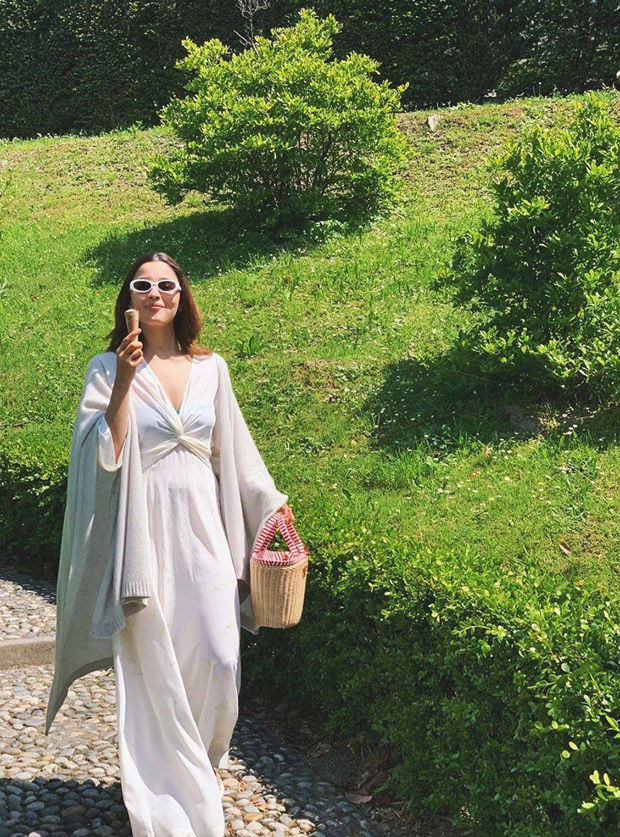 Alia Bhatt posted a picture of her taking a stroll in her stylish travel outfit amidst the luscious green background as she enjoys a cone of ice cream. She posted the picture with a caption saying, “In a world full of hate, BE LOVE - - oh & eat ice cream.”

If that wasn’t all, her friends from the industry, Rhea Kapoor and Arjun Kapoor too commented on the said picture. While Rhea Kapoor seem to be blaming Alia for her ice cream cravings that she will have for the rest day, Arjun seem to be making a reference to ongoing reports about Alia vacationing with beau Ranbir Kapoor  at Lake Como in Italy. Rhea Kapoor commented, “Damn you bhatt im gonna think about ice cream all day now?” On the other hand, Arjun asked, “Where’s the lake?” 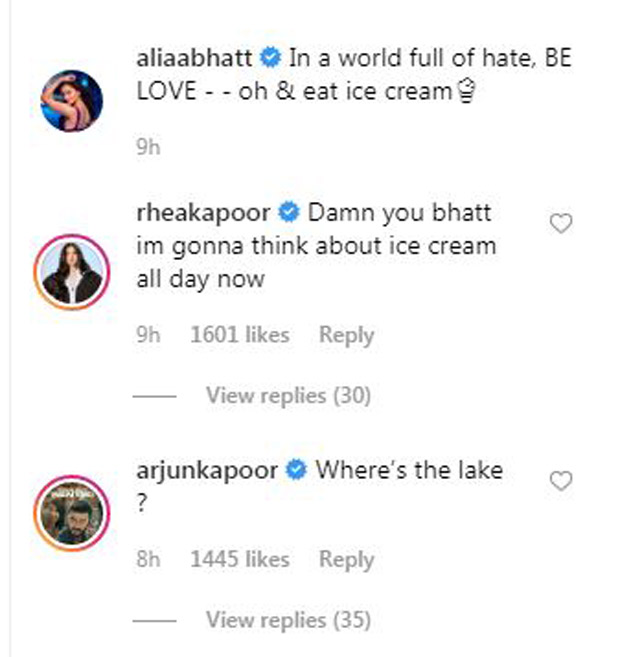 On the work front, Alia Bhatt will be acting in her father Mahesh Bhatt’s film for the first time in Sadak 2. The actress is paired opposite Aditya Roy Kapur and it also stars Sanjay Dutt and Pooja Bhatt. Besides that and Brahmastra, Alia is also a part of the multi starrer Takht that also features Ranveer Singh, Vicky Kaushal, Kareena Kapoor Khan, Bhumi Pednekar, Janhvi Kapoor and Anil Kapoor.

Also Read: Kiara Advani reveals Alia Bhatt was the reason why Salman Khan advised her to change her name