Sonam Kapoor, who was last seen in Ek Ladki Toh Dekha Aisa Laga, tied the knot to long time beau Anand Ahuja a year ago. She recently celebrated her anniversary with the Delhi based businessman. In a recent report, the young actress, who has always raised voice and spoken against stereotyping, was speaking about her forthcoming projects including her role as the protagonist in The Zoya Factor. Whilst talking about the same, the actress revealed that she likes to play the role of normal girls with regular problems. 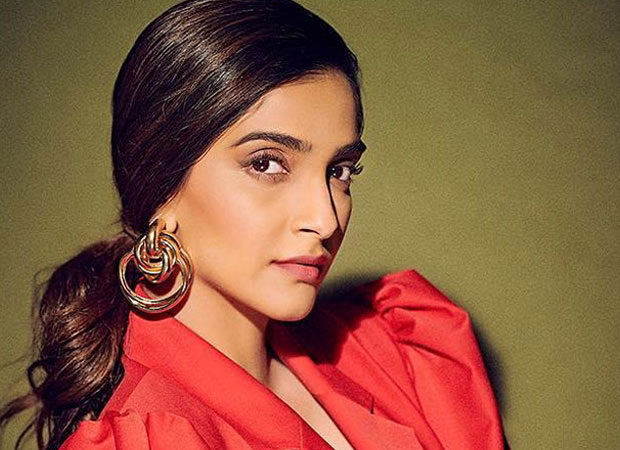 Whether it has been Mili from Khoobsurat or Zoya Solanki from The Zoya Factor, Sonam Kapoor mentioned that she chooses these roles of normal girls because she believes that audiences can resonate with them more. She feels that the problems that these characters face on screen are quite similar to the ones faced by normal girls in real life and that is one of the primary factors why she likes to portray such roles.

For the uninitiated, in The Zoya Factor, her character is that of a girl working in an advertising agency who turns out to be a lucky charm for all the players. Describing her character in the film as a mess, Sonam added that she wants to send out the message to the girls that it is ok to be a mess. She maintained about how girls often think that if they are a mess how they will succeed in life. Sonam aims at removing that fear by playing Zoya who is normal and average. And she has tried to explain something similar when she played Mili in Khoobsurat.

The Zoya Factor features Sonam Kapoor opposite Malayalam superstar Dulquer Salmaan who plays the role of the Indian cricket team captain. Being the adaptation of the book by the same name, written by Anuja Chauhan, the film is expected to release on June 14 this year.

Also Read: WATCH: Sonam Kapoor shares an unseen video from her wedding with Anand Ahuja and it is all things love