Having a screen name is a regular phenomenon in Bollywood; be Rekha, Akshay Kumar or Badshah. Time and again, celebrities have adopted new screen names and we probably are completely unaware of it. The latest addition to the list is the budding star Kiara Advani who spilled the beans and revealed her real name on the newest episode of Feet up with the Stars- Season 2. We would be lying if we say that the name revelation wasn’t mindboggling. 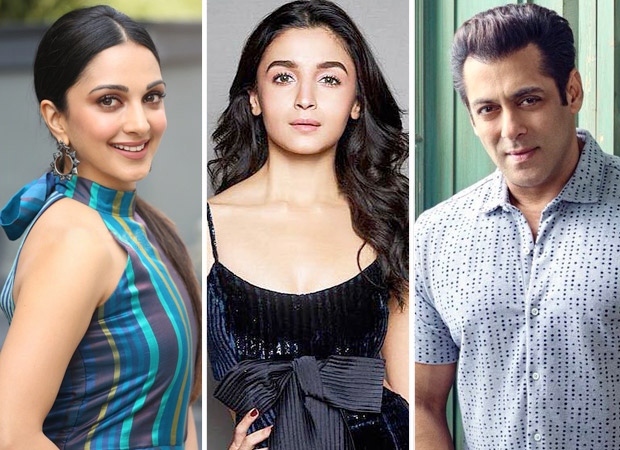 Kiara Advani has become everyone's favourite ever since her stint in Lust Stories. Though she made her debut a couple of years ago, she began to see success post her Netflix original. While the actress is receiving a lot of offers, not many know that she actually changed her first name due to Alia Bhatt. Recently, she appeared on Anaita Shroff Adajania's chat show where she revealed why she had to change her name and how Salman Khan came in the picture.

Kiara Advani shared that her real name is, in fact, Alia Advani and Kiara is predominantly her screen name. Moreover, it was after Salman Khan, a mentor to many, advised her to be one of a kind and pointed out that there can’t be another ‘Alia’ in Bollywood. Well, Kiara took his advice seriously and came to be known as Kiara. During her conversation, she also revealed how the ‘Bhaijaan’ of Bollywood is also her favourite Khan.

The gorgeous actor spoke about her upcoming project Good News and how she bagged ‘Lust Stories’ without auditioning for the role. Recalling her experience, Kiara shared, “KJo has an eye for it. He spots a performer and he knows how to get it done.”

Kiara also shared how she prepped up for the scenes and sought guidance from the ace filmmaker. When Kiara was filming for the much spoken about the scene in Lust Stories, Karan told her, “Don’t make it a caricature, just be raw and do it. It’s a funny scene but don’t make it funny.”

On being coaxed by Anaita, the tight-lipped actor Kiara also shared how there is another good news in store for Karan and her and she will leave it to him to reveal it. With Karan as her mentor, this charming actor is surely blessed by the best.

It's gonna get spicy as the sassy @kiaraaliaadvani spills some secrets on @anaitashroffadajania 's show Feet Up With The Stars ????????