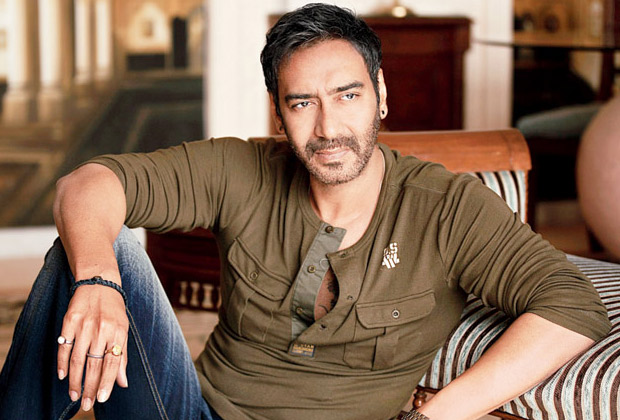 Will Shivaay make it five in a row for Ajay Devgn when it comes to Diwali releases? Well, if the actor's track record over the years is any indication, this is pretty much on the cards.

"Ever since he brought Golmaal Returns (2008) on Diwali, Ajay has been enjoying a winning streak when it comes to his films releasing in Diwali. All The Best (2009) and Golmaal 3 (2010) had actually resulted in a hat-trick of Diwali releases for Ajay with these films turning out to be good successes in back to back years. Later, after a gap of a year, he arrived with Son of Sardaar (2012) and that film worked as well," informs our source.

Incidentally, he couldn't escape a clash at the Box Office on either of these years.

"Son of Sardaar came with Jab Tak Hai Jaan and the difference in collections wasn't much, though latter did race ahead. Golmaal 3 did close to four times the business of Action Replayy that had arrived alongside. All The Best had started slower than Blue, but, eventually sneaked ahead of it on the power of word of mouth. On the other hand Golmaal Returns, too did much better than Fashion, which was a parallel release," our trade source adds.

No wonder, Ajay Devgn has recently stated that a better film will always register greater collections after the noise around a clash dies down. With all eyes on how Shivaay v/s Ae Dil Hai Mushkil clash, eventually turns out to be, one thing is for sure that it would be a closely fought match.

"It could well turn out to be a scenario like that of Son Of Sardaar and Jab Tak Hai Jaan where the collections were almost neck to neck," our source suggests, "At least for the first four days, right from Friday to Monday (when Diwali falls), it could be a photo finish scenario for Shivaay and Ae Dil Hai Mushkil. Post that, one just hopes that both films are equally liked and turn out to be blockbusters for the sake of the industry."

While Shahrukh Khan has traditionally ruled the Diwali festival with a 100% track record (Happy New Year, Jab Tak Hai Jaan, Ra. One, Om Shanti Om, Don and Veer Zaara), Ajay Devgn too, has enjoyed a cent percent success rate so far. While next year too, Ajay is set to rule the festive season with Golmaal Again arriving on Diwali, it could well turn out to be a double hat-trick moment then. However, before that, Shivaay needs to score big as well, so that five in a row is made possible.

5 Times when Arjun Rampal surprised us

"Yash Chopra had that extra quality in him…

"Katrina and SRK were exceptionally…