Well, we all know that earlier this month all eyes were set on the grand red carpet appearances made by Bollywood actresses at the prestigious Cannes Film Festival 2019. From Deepika Padukone to Priyanka Chopra to Sonam Kapoor to Aishwarya Rai Bachchan to Huma Qureshi to Kangana Ranaut to Diana Penty, many actresses walked the red carpet at the French Riviera. Amidst her glamorous looks, when Aishwarya took to Instagram to share one of the looks from the photoshoot, little did she know that it will draw comparisons to one of the previous looks of Sonam Kapoor. 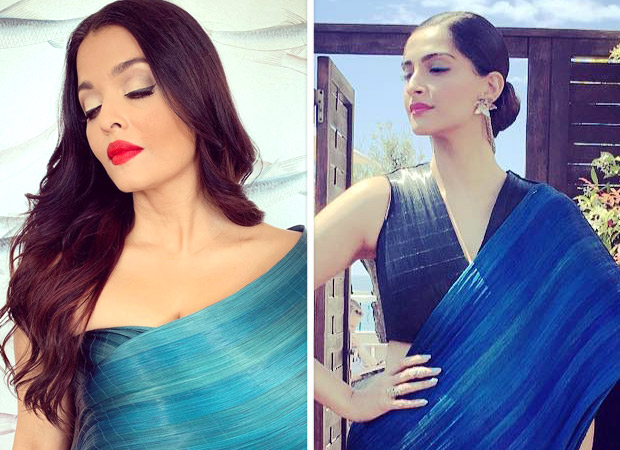 This photo of Aishwarya Rai Bachchan features her in an outfit and the material of it resembles to an outfit that was worn by Sonam Kapoor way back in 2016 for a photoshoot at Cannes Film Festival. This very obviously resulted in some trolls and some jibes that were taken at the actress for imitating another actress, especially when they both are walking the red carpet for the same brand. However, her stylist has definitely not taken the comments lightly and has retaliated on it asserting that it is a completely different outfit.

The stylist took to her Instagram story to lash out at one of these reports saying, “Nooo Boo, this isnt the same outfit. How about you wait for full length images to come out before making assumptions? I feel the research should have been done from your end. PS: Go through the designers collection and understand her aesthetic.” 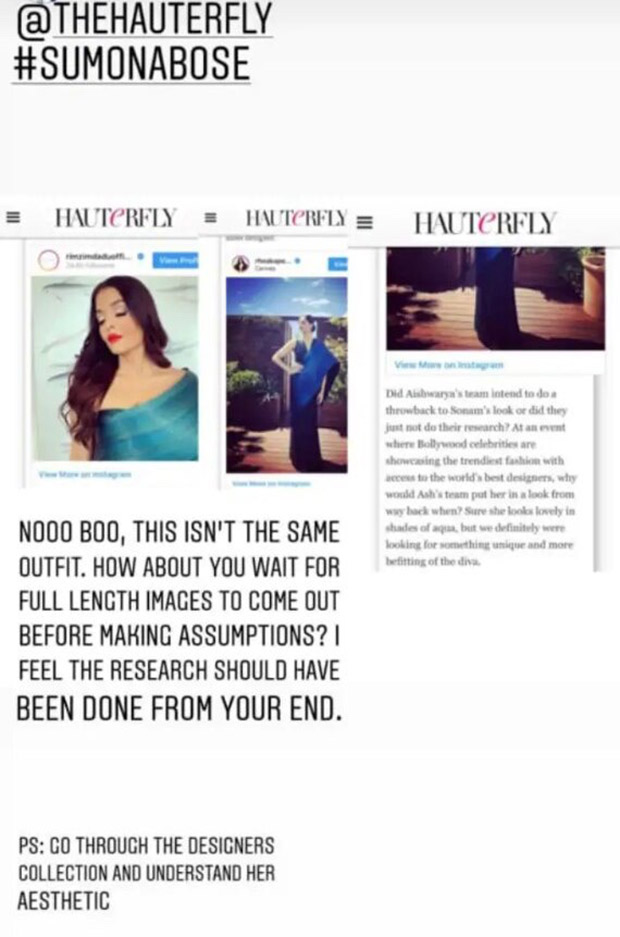 Here’s a look at both the outfits:

A post shared by AishwaryaRaiBachchan (@aishwaryaraibachchan_arb) on May 20, 2019 at 7:25pm PDT

Barring this, both Aishwarya Rai Bachchan and Sonam Kapoor seem to have left fashion critics impressed with their sartorial choices for the red carpet. Aishwarya sported a Jean Louis Sabaji holographic mermaid gown as well as an Ashi studio custom made gown for the two red carpet appearances that she made. On the other hand, Sonam Kapoor wore a Ralph and Russo couture tuxedo for the red carpet.

Also Read: Cannes 2019: Amul gives its take on Deepika Padukone and Aishwarya Rai Bachchan walking the red carpet in a gown, albeit in its own STYLE!