Lock-down is as it is a difficult period to sail through. To add to that, Karan Johar got two tiny bullies right at home! His twins Yash and Roohi show no mercy in roasting their dad. They clearly aren't shy of the camera as well. Did you watch videos wherein they called Karan 'fat, a 'kharab' dancer and also called Kuch Kuch Hota Hai a boring film? 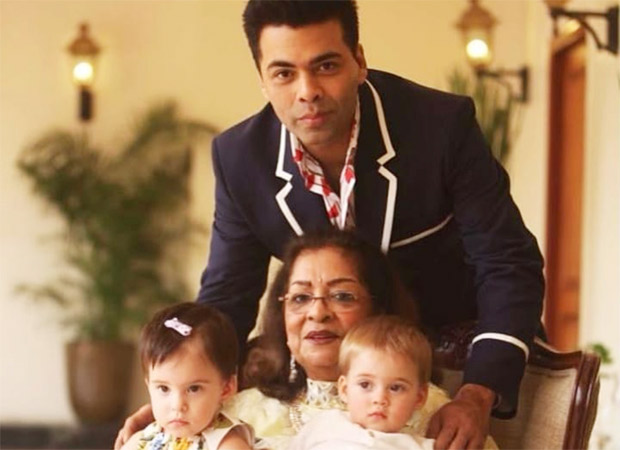 After all the bullying that he faced, it is now Karan's turn to make a comeback, and he decided to begin with the daughter as well as the mother's hair accessories. In a video shared by him, all of them are seen having their breakfast. "Roohi is wearing a garden, "chuckles Yash, and Karan quickly goes on to tease Roohi. He then shifts to his mother Hiroo Johar. "Meanwhile, we don't know what your mumma is wearing. Mumma can you explain this particular piece of jewelry that is looking rather...I don't want to use the word. What do you have to say about it?" he says. But is is clearly not easy to roast her.  "You can say what you want, and there's nothing in my defense," mother Johar answers back.