Actor Aftab Shivdasani visited the Lord's Cricket Ground in London, England. Being an avid fan of cricket he made it a point to visit the stadium and witness the game of cricket live with various other contemporaries of Cricket. The actor took to his Instagram handle and posted a series of pictures from the Lord's Cricket Ground and captioned it, "Such a pleasure being at the home of cricket. A cracker of a game". 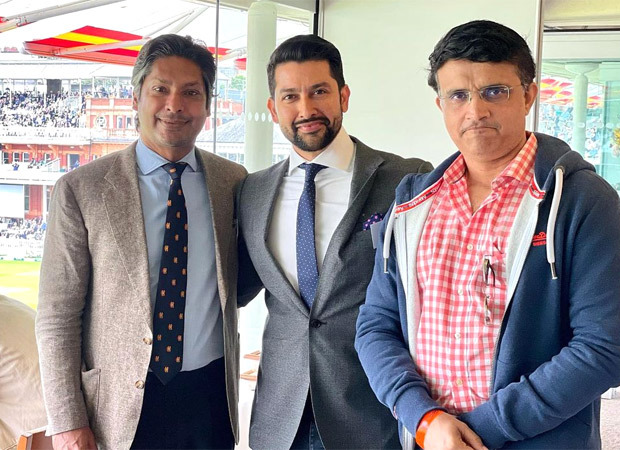 The actor was very thrilled to be on the ground and witness the cricketers crack the game with their exceptional skills. He also expressed immense pleasure in getting the opportunity to be at Lord's Cricket Ground, London which is the home of cricket.

The actor had gone to watch the IND vs ENG and gave a glimpse of the cricket with the stadium full of audiences cheering for the team. Aftab also met legendary national cricket team captain and president of the Board of Control for Cricket in India, Sourav Ganguly and president of Marylebone Cricket Club, and cricketer Kumar Sangakkara in the Commentary Studio. The actor felt grateful to have seen such a spectacular sight and admitted to having ticked off a thing from his bucket list.