Abhishek Bachchan had tested positive for COVID-19 in July last year. He was admitted in the hospital for over a month before testing negative. At the same time, his father Amitabh Bachchan, wife Aishwarya Rai Bachchan and daughter Aaradhya were also infected by the virus. 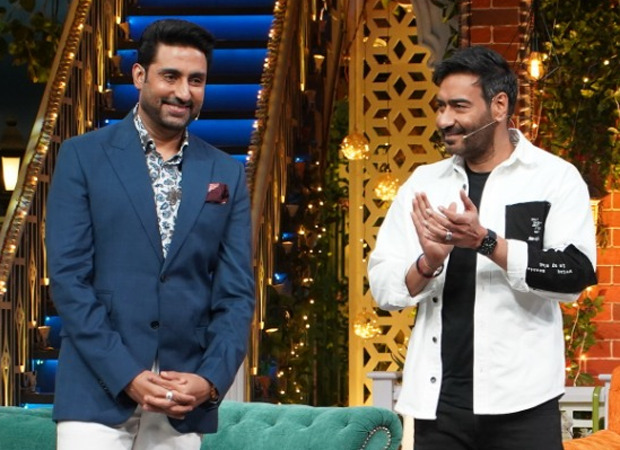 Recently, when Abhishek Bachchan appeared on The Kapil Sharma Show he revealed that Ajay Devgn called him up and gave an earful after testing positive and for not being careful during the pandemic. Abhishek said that after the call he realised that Ajay had met him 5-6 days before he had tested positive. Both Kapil and Abhishek burst out in laughter at this.

The team of Big Bull including Sohum Shah, Nikita Dutta, Ajay Devgn and Abhishek Bachchan will be seen in the upcoming episode of The Kapil Sharma Show. On the work front, Abhishek was last seen in the film Ludo which was released on Netflix. Ajay Devgn on the other hand will next be seen in the film Bhuj: The Pride of India which is slated to release on Disney+ Hotstar.