A week ago, actors Abhishek Bachchan and Chitrangda Singh resumed the shooting for Bob Biswas after nine months since wrapping the first schedule of the film. Both the actors headed to Kolkata to kick off the next schedule as their looks got leaked online. 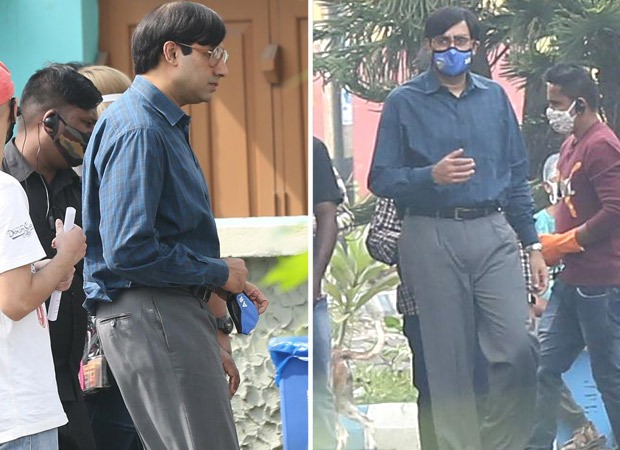 In the film, Abhishek plays a contract killer. In the pictures from the sets of the film, Abhishek was seen dressed in a plain blue full sleeves shirt and baggy trousers. He is wearing a pair of spectacles and has mid-parted hair. Speaking to a daily, the actor said that the paparazzi knew that they were going to shoot in Kolkata so they had gathered at the location with their cameras. He said that he would have loved the way if the look had been revealed during their marketing campaign as intended by director Annapurna Ghosh. But, the netizens’ reaction surprised him and gave an assurance that they are doing something right.

For the role, he had to gain weight as Bob Biswas’ character is portly. He said that he had to pile on kilos but maintaining the same frame was difficult during the lockdown. He further said that though they returned to the sets after nine months, it didn’t feel like it after the first day of shooting was done.

The film is a spinoff of Bob Biswas character essayed by Saswata Chatterjee in the film Kahaani starring Vidya Balan. The film is bankrolled by Gauri Khan, Sujoy Ghosh, and Gaurav Verma, a directorial debut for Diya Ghosh and written by Sujoy Ghosh.

EXCLUSIVE: “Every person who's complaining…