Shah Rukh Khan starrer Zero is one of the highly awaited films of the year. In the film, he essays the role of a vertically challenged man. For the film, director Aanand L Rai not only recreated Meerut with a humungous set in Mumbai but also flew down local people from the small town to add authenticity to the film. The filmmaker who adds a rooted touch to his films flew down 300 artists from Meerut especially to create the feel of the town in addition to the set. 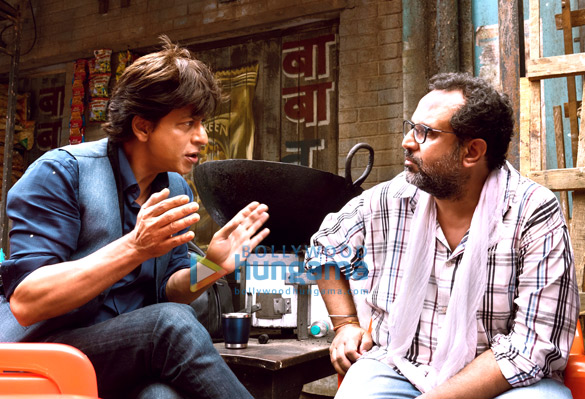 The makers built a huge set in the film city of Mumbai replicating the iconic Ghantaghar and streets of Meerut to incorporate the elements of the small town giving it a realistic touch. While Aanand L Rai hired junior artists for the film to showcase the buzzing lanes of Meerut he also ensured the background artists hailed from Meerut as well to present the real feel of the city.

In fact, even the pivotal actor Zeeshan Ayyub who plays the character of Bauua aka Shah Rukh Khan in the film hails from Meerut and helped Shah Rukh Khan to adopt the mannerisms and accent of the UP town.

Earlier, Aanand L Rai has depicted the small towns of Banaras and Kanpur in Raanjhanaa and Tanu Weds Manu respectively.

Zero showcases Shah Rukh Khan as the vertically challenged Bauua, Anushka Sharma as Aafia, a girl who is a scientist living with cerebral palsy and Katrina Kaif as a Bollywood Superstar named Babita Kumari. Zero, a Christmas release is one of the most anticipated movies of the year.