After starring as a rapper in Gully Boy, Ranveer Singh is all set to kick off his next film '83 with a bang. The actor and the entire cast who will essay the roles of the 1983 World Cup team cricketers hare all set to kickstart the film in Dharamshala. 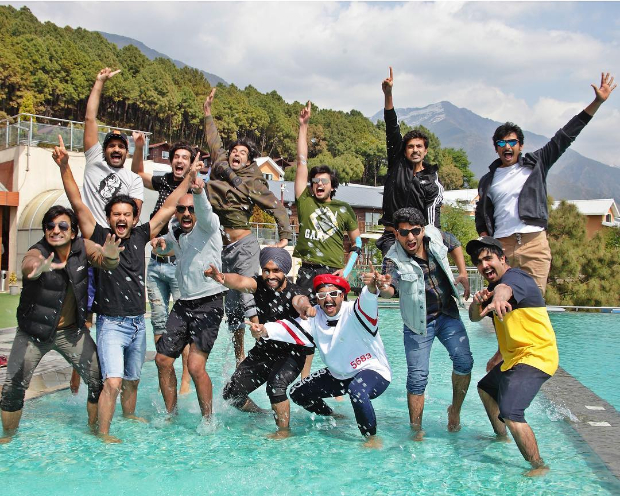 Ranveer, who will essay the role of Kapil Dev in the film, shared a happy picture with the entire team whilst enjoying time near a pool. He captioned the picture saying, "KAPILS DEVILS DESCEND ON DHARAMSHALA. it’s on!!! @83thefilm @kabirkhankk."

Punjabi star Ammy Virk is set to star in the film as Balvinder Singh Sandhu. The actor shared a photo with Ranveer and called him 'Captain Cool'. "With captain cool @RanveerOfficial  bhaji #83 , @kabirkhankk  sir...Waheguru," he captioned the photo. 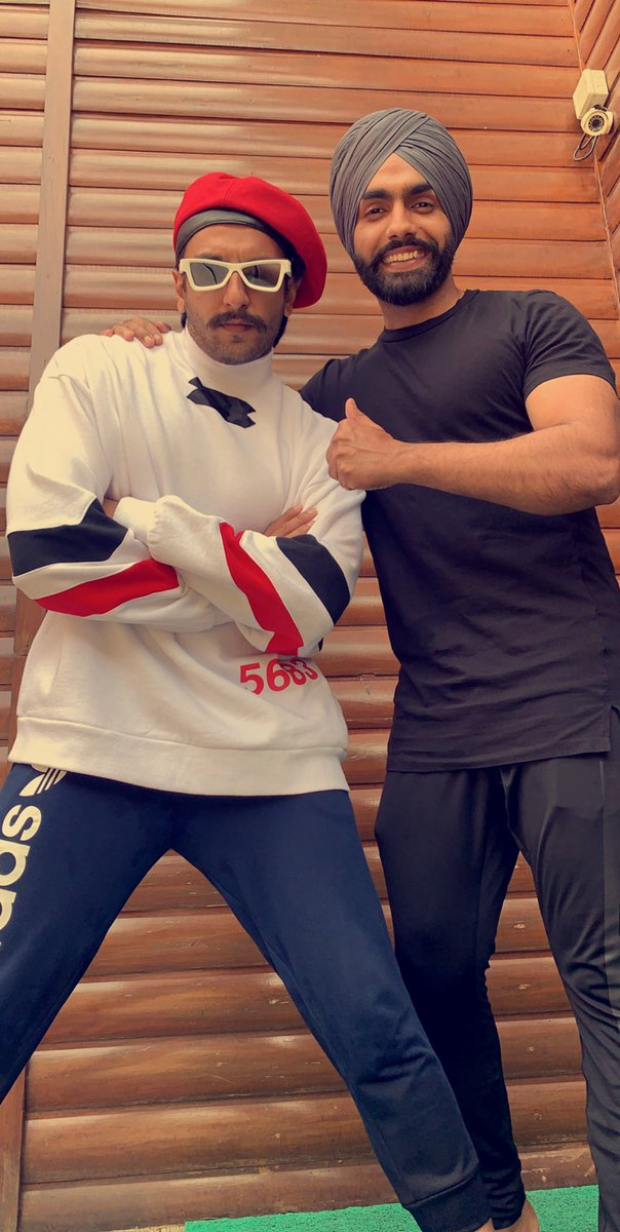 “The 1983 cricket team was a family that fought for each other, beside each other and that’s why they lifted the World Cup and brought glory to India. Kapil led from the front and it was truly a team that dared to dream under Kapil. Kabir was sure that he would want the entire team to train and live with each other before he shot the film. The 1983 team was nicknamed Kapil’s Devils and this team can be called Ranveer’s Devils! They are all headed to Dharamshala for intense training for 15 days. They will stay together, each together, do readings together and also bond with each other. Kabir wants these brilliant actors to truly become a team,” says a production source on conditions of anonymity.

This is Ranveer’s next after three back to back blockbuster Padmaavat, Simmba and Gully Boy.

Shouldered by the then captain Kapil Dev, who led the Indian cricket team to it's maiden World Cup win, 1983's World Cup stays to be one of the most etched events in the minds of the cricket fans.

While Ranveer Singh will play the lead, the film is already backed by a powerful support cast as Men in Blue which includes Ammy Virk as Balwinder Singh Sandhu, Saahil Khattar as Syed Kirmani, Jiiva as Krishnamachari Srikanth and Pankaj Tripathi as manager PR Man Singh, Tahir Bhasin, Saqib Saleem, Harrdy Sandhu, R Badree and Addinath M. Kothare are the recent additions to it.

ALSO READ: Ranveer Singh to NO LONGER endorse Durex, is his marriage to Deepika Padukone the reason?

"I have always felt that I actually lived…