Sonali Bendre contracted cancer last year and was at the Sloan Ketting center in the United States of America for the treatment. She took chemotherapy sessions and is now back to the Bay after surviving the treatment. Throughout her stay in the US, she made a statement by being positive about the challenges she had to face and even bravely went bald. After coming back home, she featured on the Vogue BFFs with her two besties Sussanne Khan and Gayatri Oberoi and spoke about her journey. She broke down a little as she described how difficult it was for her to alter her life and even get rid of her hair which was a MAJOR part of her personality. 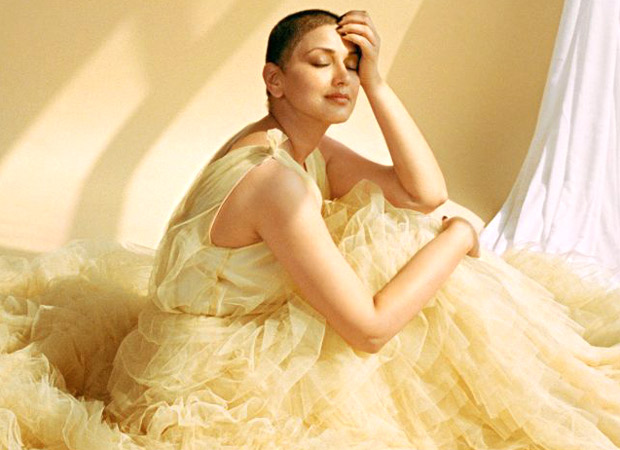 She revealed that she even landed her first movie Aag because of her impressive hair. She said that it sure is shallow to give one’s hair so much importance but it was true in her case as she belonged to showbiz industry. Sonali even revealed that she has endorsed every hair product at one point. First, she got a haircut and then time came for her to go bald. She took it very positively and never once regretted the decision. She also said that she was advised by Gayatri to keep her hair but she said that they are not meant to be and therefore decided against it.

She even appeared on a magazine cover recently and wrote a heartfelt note to herself on Instagram on the way she prefers to deal with her life. She wrote, “There’s no one way to tell how our experiences change us or shape us. Not all transformations are visible, but they will always leave an impact. What I’ve learnt is to never let it hold me back. I would rather dress up and show up!"