1. Farhan Akhtar as the boxer Aziz Ali, a.ka Ajju Bhai surrenders completely to the role. Initially his body language is that of a street-smart tapori. Then as he reveals his pugilistic impulses the body language is more measured more indrawn. This is definitely the best performance by an Indian actor as a boxer comparable with R Madhavan in Sala Khadoos. 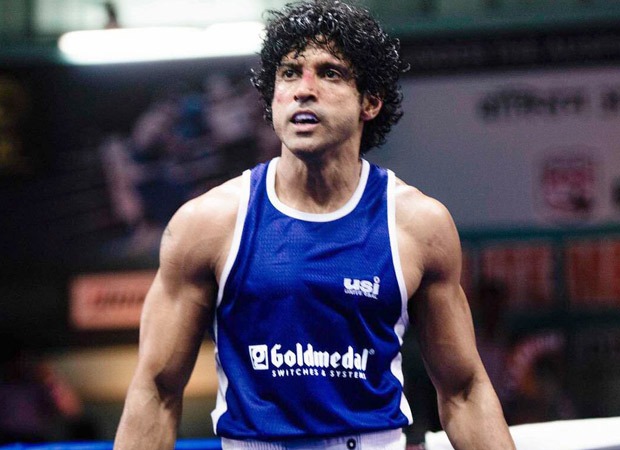 5 Things to look forward to in Farhan Akhtar starrer Toofaan

2. All eyes are on the Rakeysh Omprakash Mehra-Farhan Akhtar pair. Their last collaboration Bhaag Milkha Bhaag was also a sports drama. It broke records in its genre. Will Toofaan whip up a storm at the box office? We will never know, as it’s premiering on the digital platform.

3. Farhan Akhtar was last seen in Shonali Bose’s The Sky Is Pink, as a father trying to come to terms with his daughter’s impending death. The character was as far removed from Toofaan as cinematically possible. While Farhan’s character in The Sky Is Pink suffered from urban restraint here as the rustic boxer he get a chance to let himself go. The emotions are never pent-up here. He vomits it all out.

4. Mrunal Thakur’s as the boxer-hero’s significant other will surprise you. She has an identity beyond being the hero’s romantic interest. She is a professional and she supports her man, but doesn’t fawn over him. Nor sit at the dining table waiting for him to come home. In Rakeysh Mehra’s films the women don’t have much footage. But they leave a lasting impact.

5. The boxing sequences do not fake it; they do not use special effects to show fake blood spraying across the screen in slow-mo. We can see Farhan really taking the blow. The pain is real. ‘Wince’ beaten twice shy.