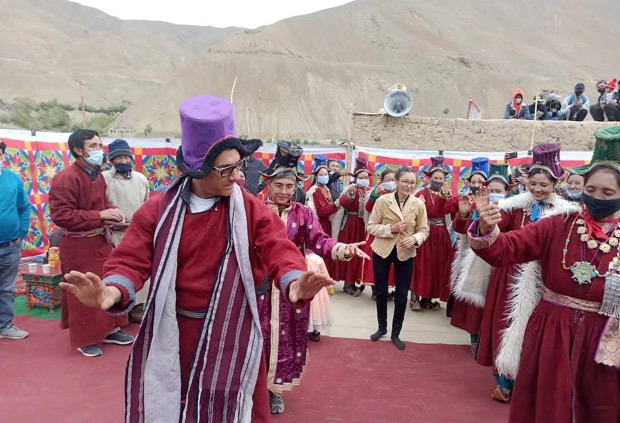 In one of the videos, Aamir and producer Kiran Rao danced on the sets while clad in crimson traditional clothing. Kiran was dressed in dark pink and wore a green hat, whereas Aamir was dressed in red and wore a purple hat. The ex-couple followed in the footsteps of their teacher in lead.