Superstar Aamir Khan on this day in 1998 came up with a slick action-drama flick, Ghulam. And it immediately won the hearts of the viewers. The film also starred Rani Mukerji, Deepak Tijori, Sharat Saxena and others and is today fondly remembered for two path-breaking aspects. One was the stunt scene of Aamir on the railway track, done by the star himself without the use of body double. The other was the song ‘Aati Kya Khandala’ which was sung by Aamir to perfection. 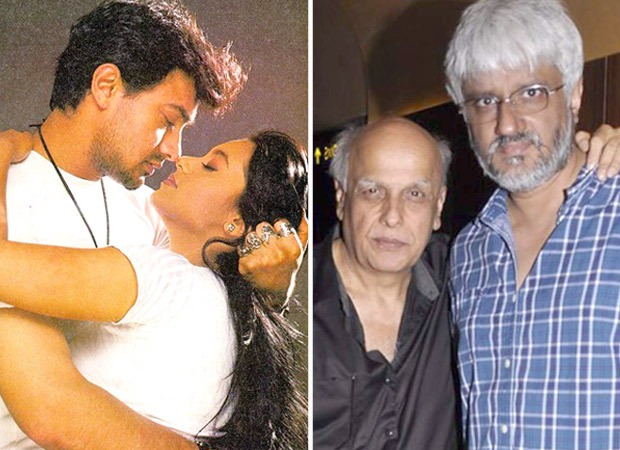 There’s an interesting trivia about the film which we chanced upon in journalist and author Roshmila Bhattacharya’s book, ‘Matinee Men’. As per Roshmila, Aamir was surprised to see director Mahesh Bhatt reading a book and not supervising the shot. Aamir then walked up to him and the way he is, he bluntly told him that he is not doing his work properly. Aamir even suggested that he can even drop out of the film and compensate for the losses incurred.

This is when Mahesh and his producer brother Mukesh Bhatt suggested that they rope in Vikram Bhatt as the director. Vikram had assisted Mahesh Bhatt in Hum Hain Rahi Pyar Ke (1993) and Junoon (1992) and had already made 4 films, including the hit film Fareb (1996). Roshmila writes that Aamir Khan liked the idea and that’s how Vikram Bhatt became the film’s director.

However, there’s another point of view going around the industry. It mentions that Vikram Bhatt was already on board and it was he who was ghost-directing Ghulam while Mahesh Bhatt would read the book on the sets. And as per this version, Aamir asked for Vikram to be credited as the director since he’s doing all the work. He also added that he’ll drop out of the film if Vikram is not given his due and compensate for the losses. This is when the Bhatt brothers agreed to Aamir Khan’s condition.

Mahesh Bhatt meanwhile had broken silence on this issue. 3 years ago, on the TV show ‘India’s Next Superstars’, the veteran filmmaker claimed that it was he who backed out of the film voluntarily as he had creative differences with Aamir Khan.

Nevertheless, Ghulam was a hit at the box office, earning Rs. 13.35 crore. It also was a turning point in the career of Sharat Saxena, who played the scary antagonist. In an interview a few years back, he had admitted that if Ghulam had not come, he would have been nowhere. He also mentioned that writer Anjum Rajabali and producer Mukesh Bhatt didn’t want him in the film and that it was Aamir Khan who insisted that he should be cast.

Coincidentally, 23 years later, in the same week that Ghulam released, Sharat Saxena was seen in Sherni, which also sees him in an author-backed role and a powerful performance.