First half of 2018 is coming to a close and by and large, Bollywood's performance has been quite heartwarming. Barring a Race 3 which has turned out to be an underperformer (though fortunately not a flop), every other big ticket release has actually done quite well. While some have done as per expectations, few have been exceeded expectations too. 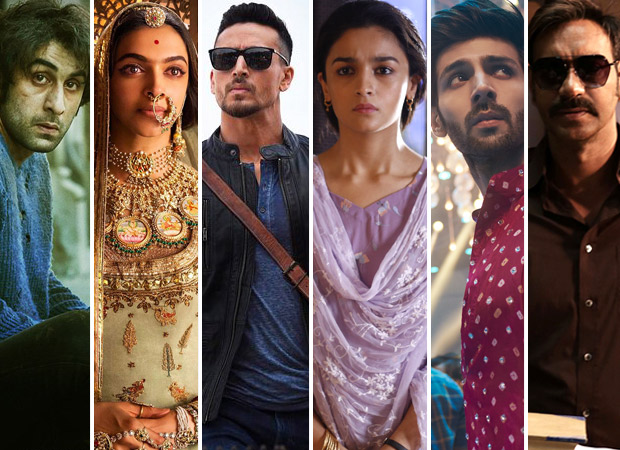 All of this has ensured that around Rs. 1500 crore has already come in, and here we are talking about only Bollywood films (which means collections of superb runners like Avengers: Infinity War and Jurassic World: Fallen Kingdom along with Deadpool 2 and now Incredibles 2 have not been considered). Moreover, Sanju is yet to release and while that would be at the fag end of the month (June 29), a lot more would be added to the coffers.

The good news is that the moolah generated so far has been remarkably more than what the first half of 2016 and 2017 had brought with them.

Back in 2016, during the first half, there were only two films that managed to go past the Rs. 100 crore mark. Both of these were Akshay Kumar starrers [Airlift, Housefull 3]. Situation was a little better during the same timeframe in 2017 when five films entered the Rs. 100 Crore Club [Raees, Tubelight, Jolly LLB 2, Badrinath Ki Dulhania, Kaabil]. This is not counting the monstrous success of Baahubali 2.

Now in 2018, the going has been even better as six films have scored a century or more, case in point being Padmaavat, Baaghi 2, Race 3, Raazi, Sonu Ke Titu Ki Sweety and Raid. This isn't all as Sanju will make the count as seven, hence making this the best ever year when it comes to money spinners being delivered.

What has made the year further special though is the fact that there have been several other medium to smaller successes as well, which has allowed the sum total of collections to touch the 1500 crore mark. Pad Man, Veere Di Wedding, Parmanu - The Story of Pokhran and 102 Not Out have all gone past the Rs. 50 crore mark whereas Hichki came close too. This is what has made the difference as instead of relying only on big ticket Rs. 100 Crore Club films, the industry has gained from a consistent run of films that have kept the Box Office engaged.

Thankfully, there hasn't been any major failure either. The only film from where there were good expectations but couldn't cover the distance is Aiyaary. Rest all didn't do well because the content didn't warrant much of a footfall. As for Race 3, it is a different story altogether. It was a disappointment of epic proportion and the near Rs. 175 crore lifetime that it would gain is also bigger than what it actually warranted.

Still, all said and done, for Bollywood films the report card of first half of 2018 is looking much better than the last couple of years and that can well be evidenced in the total moolah that has been brought in:

Though Sanju is releasing on June 29 and hence it would have be bringing in chunk of its moolah in the second half of the year, technically speaking it is still a H1 2018 release. This means that even with bare minimum Rs. 200 crore that it is set to bring at the Box Office, the overall moolah for the first half of 2018 would read as Rs. 1700 crore, which would be brilliant.

Traditionally, second  half of the year is always much more productive than the first half since there are major holiday releases that arrive on Independence Day, Gandhi Jayanti, Diwali and then Christmas. With several biggies lined up in months to come, rest assured there would be celebrations galore once the overall 2018 report card is out by the end of the year.

Also Read: Below 15 barred from watching Sanju in Great Britain

Sunny Singh opens up on his fallout with…