Last Updated 01.12.2022 | 12:22 PM IST
feedback language
follow us on
Bollywood Hungama » News » Bollywood Features News » 2 Years of Kedarnath: When Sara Ali Khan and Sushant Singh Rajput had a meal together on the sets 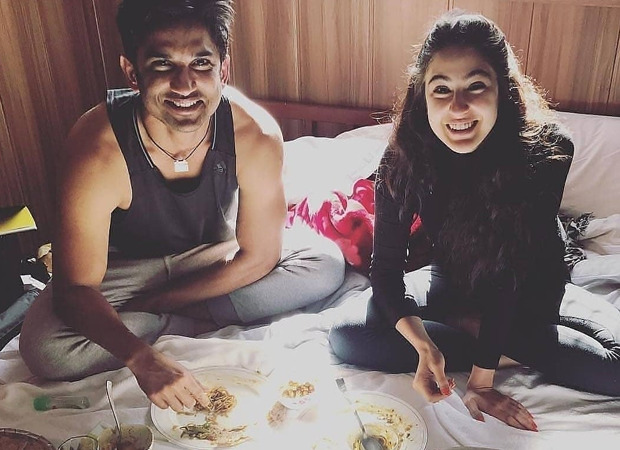 As the film completed two years, throwback pictures from the film sets have been doing the rounds on social media. A picture of Sara and Sushant enjoying a meal on the sets of the film is getting fans nostalgic.

In the picture shared by a fanclub, both Sara and Sushant are seen flashing smiles as they have their meal during their stay in Kedarnath. Both are seen sporting casual outfits in their wooden cabin.

After Sushant's unfortunate demise on June 14 this year, a friend close to the actor revealed that Sara and Sushant were dating during the making of the film and were reportedly inseparable. Sushant was found hanging in his apartment in Mumbai in June this year. The case is being currently investigated by the Central Bureau of Investigation (CBI), who is yet to give a conclusive report on the same.