A day ago, Prime Minister Narendra Modi invited the film industry members at his residence in the Capital on Saturday. The focus was to talk about the shows and movies that have popularized Mahatma Gandhi and Gandhism on the occasion of the 150th birth anniversary of the Father of the Nation. 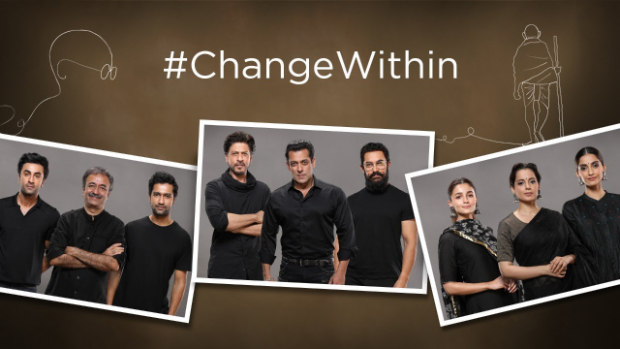 "Gandhi is synonymous with simplicity. His thoughts reverberate far and wide. The power of creativity is immense, and it is essential to harness this spirit of creativity for our nation. Several people from the world of films and television have been doing great work when it comes to popularising the ideals of Mahatma Gandhi," noted Prime Minister Modi.

Right around the same time, a video was released and shared by Salman Khan where many celebrities recited the important teachings of Bapu. The video has been directed by Rajkumar Hirani who had Mahatma Gandhi as the main focus in Lage Raho Munna Bhai. In the video, everyone is reciting the quotes on humanity, non-violence and everything that spoke about Mahatma Gandhi’s ideals. The video was shared by Salman Khan who wrote, "One man changed our entire nation. His thoughts, his legacy will forever live on. Honouring 150 years of Gandhiji."