Do you remember Kareena Kapoor Khan's pregnancy days? She clearly didn't like the idea of putting a pause on her commitments, and would be spotted shooting and traveling. After the birth of her son Taimur, Kareena took no time to return to her fit self and resume work. That's some serious pregnancy goals, right? Kareena recently had to-be-mommy Kalki Koechlin as a guest for her radio talk show and indulged in some mommy-talks. 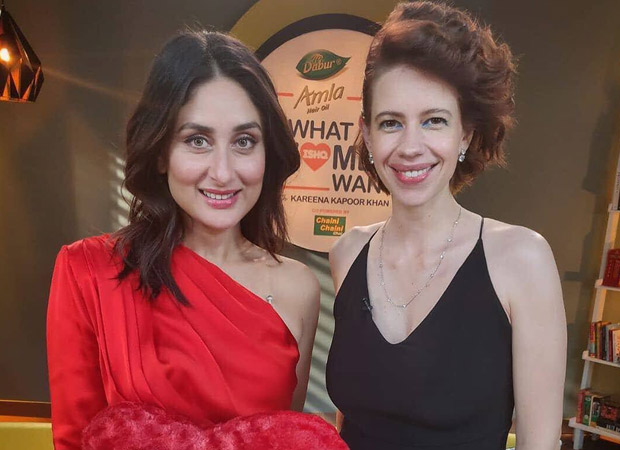 A video captured the two in a funny exchange wherein a surprised Kareena tells Kalki how her baby bump is so tiny. Kalki, laughing, tells her that she feels she is about to burst. "At 6 months, I was like a cow," answers Kareena, and they both break out in laughter.

It was only recently that we learned about Kalki's pregnancy. The actor, who is approaching the sixth month of her pregnancy, is expecting her first child with Israeli boyfriend Guy Hershberg. Earlier, she also revealed that she would want her baby to arrive in a natural process and would therefore opt for a water-birth in Goa.

Kareena, on the other hand, will be next seen in Angrezi Medium alongside Irrfan Khan. She has also finished shooting for Good Newwz, starring Akshay Kumar, Diljit Dosanjh and Kiara Advani.