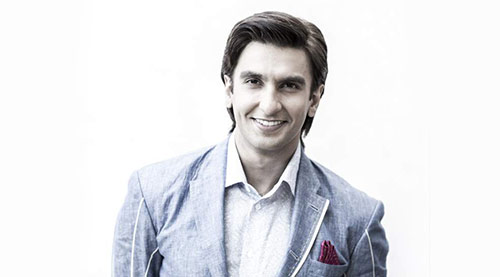 
2. He almost lost his first role in Band Baaja Baaraat. Ranveer was out with a girl when Yashraj's casting director Shanu Sharma called. Ranveer refused to take Shanu's calls, as in his own words, he had other things on his mind during the date with the girl (who was she?).


3. The minute Aditya Chopra saw Ranveer Singh, he immediately decided to cast him in the lead in Band Baaja Baaraat. Ranveer was the first debutant to be launched by Yashraj as a solo hero.


4. When he started out as an actor, Ranveer seriously thought of changing his name as it sounded too similar to Ranbir.


5. There were ugly rumours that Band Baaja Baaraat had been funded by Ranveer's businessman-father, a rumour that Ranveer stoutly denied.


6. Ranveer and his first co-star Anushka Sharma bickered endlessly during shooting of Band Baaja Baaraat, the reason being their different approaches to acting. She never went to acting school. He is a trained actor.


10. To this day, Ranveer seeks career advice from his father, Aditya Chopra and his first director Maneesh Sharma.