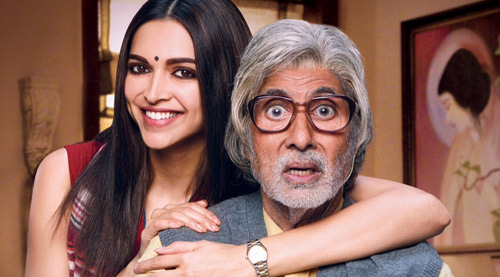 1. The father-daughter story is inspired by people director Shoojit Sircar knows in Kolkata, including himself. Yes, Piku is based on Shoojit's own life.


2. After Tabu, Deepika Padukone is the tallest co-star the Big B has worked with. All his life he has been saddled with shorter heroines.


3. While Amitabh Bachchan was the first choice for the father's role, Parineeti Chopra had been approached for the daughter's role. She was too busy with Yash Raj's Daawat-e-Ishq to bother, arguing that she's already doing a father-daughter drama with Anupam in this film. We all know what happened to Daawat-e-Ishq.


4. Piku is Shoojit Sircar's tribute to Satyajit Ray. Even the title is inspired by Ray's short film Pikoo's Diary.


5. Amitabh Bachchan's Bangla accent and obsession with bowel movements were mutually decided upon by the actor and director. It was felt that the thick Bangla accent defined the character better than a more subtle bhasha. As for the toilet fixation it's a common occurrence in Indian patriarchs above the age of 70.


6. Deepika Padukone bears a passing resemblance to Mr Bachchan's daughter Shweta. Both his real and reel daughters are tall, stately, quiet and dignified.


7. Bangla star Jisshu Sengupta plays Deepika's best friend. The Bangla superstar agreed to do the role for the pleasure of working with the Big B and Shoojit.


9. Moushumi Chatterjee who plays the Big B's sister-in-law spent a lot of time reminiscing about their old films like Manzil and Benaam on the set.