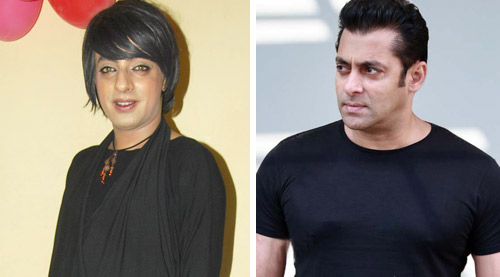 What a verdict indeed! All the way we once again prove that the law is only for the celebrities. Because if a celebrity is punished, a message is conveyed to the society about how strong and equal our country's law is! Whereas, we sit for years to see the Nirbhaya case accused to be hanged.

Corrupt are moving unscrupulously everywhere and politicians are given high class treatment.

The entire law and order has boiled down to punish Sallu bhai. How fair is it?


Salman Khan is a good human being. He has always done the right things, supporting the needy, doing charity, giving his bit to other charitable organizations, creating valuable causes, which makes him a real life Hero too.

It doesn't matter what anyone says. It's inappropriate to comment on the court's decision, but I stand by Salman for the kind of good human he is and no law stands above his humanitarian deeds for the society. There is huge difference between being a sinner and being human. Salman doesn't deserve this. I'm deeply saddened by the verdict. Salman has so much of goodness in him that it abolishes the bad.


Salman's charity foundation has helped many people with contributions from him which roughly goes up to a whopping Rs. 42 crores! You put a man with this golden heart behind the bars, and indirectly make the common man suffer. It isn't just the film industry, but the society at large, that will face the consequences, bad consequences!


Today, the verdict makes me wish he wasn't a star.


"Salman, I respect you, stand by you, and proffer all my love and prayers to you and your family in this difficult time. You're a Hero. May God bless you with immense fortitude and you come back with more strength as ever"!!!