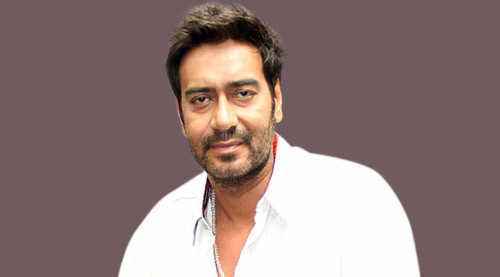 1. Ajay Devgn did not make his debut in Phool Aur Kaante. Long before that he played the child version of Mithun Chakraborty's character in Bapu's Pyari Behna. Ajay was billed as 'Master Chotu'.


2. Has won the National award for Best Actor twice for Zakhm and The Legend Of Bhagat Singh. May pull off a hat trick with his new film Drishyam.


3. Best performance to date was in Sanjay Leela Bhansali's Humâ€¦Dil De Chuke Sanam, where he played Aishwarya Rai Bachchan's husband. The two hardly interacted during the shooting. Later, they did an awful David Dhawan film Hum Kissise Kam Nahin together and Rituparno Ghosh's Raincoat. And hit it off. Ajay was the first person Abhishek Bachchan told about his marriage plans outside immediate family.


4. Ajay Devgn was the first choice to play Bhansali's Bajirao in Bajirao Mastani. They couldn't agree on the star's remuneration.


5. Does not enjoy "serious" films. Likes light-hearted comedies. The kind of cinema for which he collaborates with his buddy Rohit Shetty.


6. Devgn shares a lot with his buddy Rohit Shetty. Both are sons of well-known action directors. Ajay and Rohit attended the same birthday parties as kids.


7. Has directed only one film U Me Aur Hum. It starred his wife Kajol. The film bombed leaving Devgn's finances in the red.


9. Devgn worships his parents, touches their feet every morning before leaving home.


10. In Drishyam, Ajay Devgn plays a role already played to huge critical acclaim by Mohanlal in Malayalam and Kamal Haasan in Tamil.

Amitabh Bachchan apologises for not greeting…

Remember Sneha Ullal who had a resemblance…