After collecting Rs. 7.92 crore on its second day [Thursday], Satyameva Jayate jumped again on Friday as Rs. 9.18 crore came in. This was pretty much required as well to set the stage for further momentum to be gained today and tomorrow. While it is a given that the film would go past the Rs. 10 crore mark today, what has to be seen is whether the numbers are in the upwards of Rs. 12 crore. Once that happens, one can expect Sunday numbers to go past the Rs. 15 crore mark and that would make it a good winning situation for the Milap Zaveri directed film. 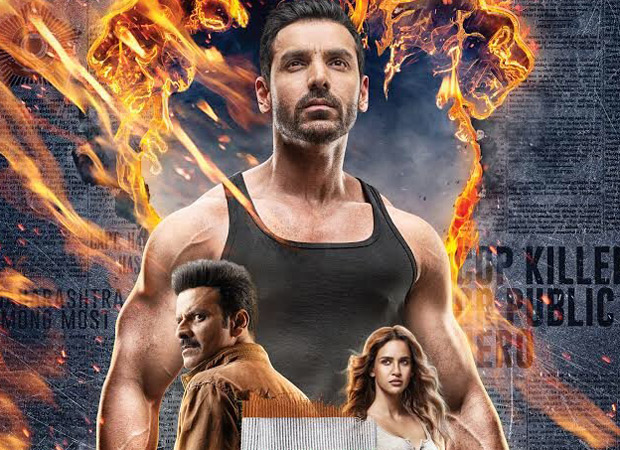 As such, the film is already safe since Rs. 37.62 crore have already come in the first three days. This sets the stage for profits to start coming in from today since the film has been made at a budget of Rs. 30 crore (excluding P&A) and all India distribution rights have been sold for much lesser (since the makers have recovered a good amount through digital, satellite, music and other rights).

Nonetheless, what has to be seen is whether the film just emerges as a good profitable affair or turns out to be a solid Hit as well. One waits for the Rs. 50 crore total to be surpassed soon enough and from there on it has to be seen that what kind of journey does the John Abraham and Manoj Bajpayee starrer take in its quest to be a real biggie.

As for the producers Emmay Entertainment and T-Series, Satyameva Jayate has proven to be a successful affair again and with more films in the pipeline for the partners, the action entertainer has turned out to yet another stepping stone for sure.