In a major turn of events, Kantara (Hindi) is collecting more than Doctor G on a daily basis. It was the Ayushmann Khurrana film, which had taken the lead over the weekend with collections that were double of the south dubbed release. However, cracks were visible on Monday itself and by the time Tuesday closed, it was the Rishab Shetty film, which ended up taking charge. 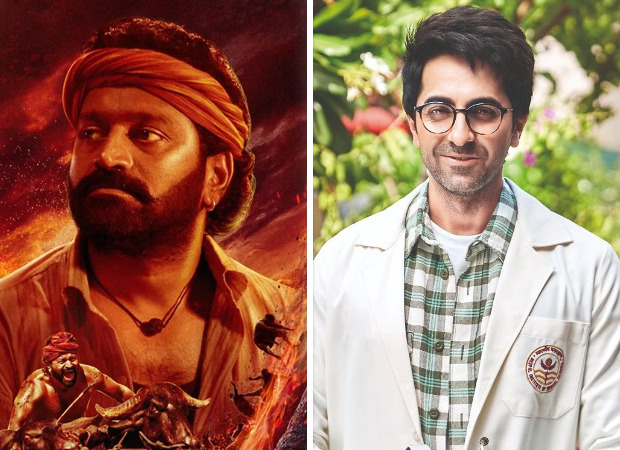 This can well be seen from the fact that on Tuesday, Kantara (Hindi) ended up collecting Rs. 1.88 crores, which is actually more than what the film had done on Tuesday when Rs. 1.75 crores had come in. This pretty much shows that momentum is on the side of the Kannada film since there is no holiday period to either boost the collections and still the footfalls are increasing. With Rs. 11.15 crores in its kitty so far, the collections now stand a real chance to go past the Rs. 15 crores mark before the first week is through.

On the other hand, Doctor G had collected Rs. 15.03 crores over the weekend but then post that the hold is just not there. On Tuesday, the film’s collections came down to merely Rs. 1.50 crores* which is lesser than Monday collections of Kantara (Hindi). In this case, the numbers are on a downslide and one can’t expect similar collections on Wednesday and Thursday. At best Rs. 2.50 crores more may come in which would be hardly an addition to the Rs. 18 crores* that the film has gathered so far. Disappointing.