Tadap hung in there on Monday with drop from Friday being less than 50%. That was the need of the hour as it now allows the film to stay decent right though the weekdays. On Friday the film had collected 4.05 crores and with Monday standing at Rs. 2.25 crores, the Sajid Nadiadwala production is assured of steady weekdays ahead. The Milan Luthria directed film has collected Rs. 15.77 crores now and the first week should close around the Rs. 21 crores mark. For Ahan Shetty, a start has been made and now it would be interesting to see what does he pick next as that would go a long way in deciding his course of action in Bollywood. 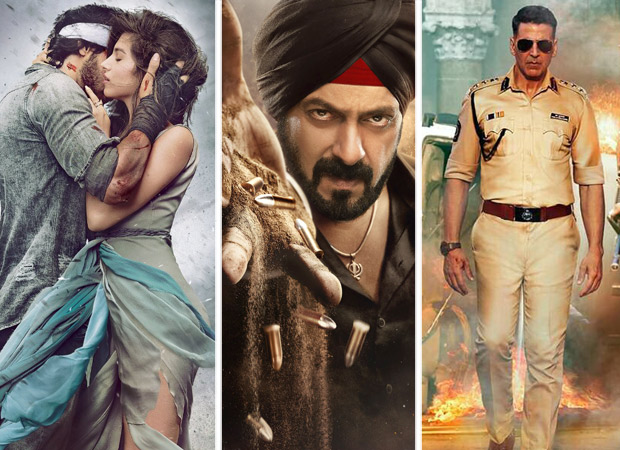 Ditto for Aayush Sharma who has managed a decent success to his name with Antim - The Final Truth. From Loveyatri to this, it has been an exciting journey for the actor who was aided by Salman Khan in this Mahesh Manjrekar directed action drama. The film managed Rs. 1 crore* more on Monday which has pushed its overall score past the Rs. 35 crores mark. Standing at Rs. 35.60 crores*, the film should go past the 38 crores mark before the close of the second week.

As for Sooryavanshi, it saw a good jump in collections on Rs. 99 lakhs and now with Monday being stable again at Rs. 24 lakhs, there is hardly any fall when compared to Friday (Rs. 36 lakhs). The Akshay Kumar and Rohit Shetty biggie has accumulated Rs. 193.59 crores now and while some more numbers would trickle in till Thursday, it would be interesting to see whether it would grow at a rapid pace all over again in the sixth weekend as well, just like it had been the case with it all through ever since its release.