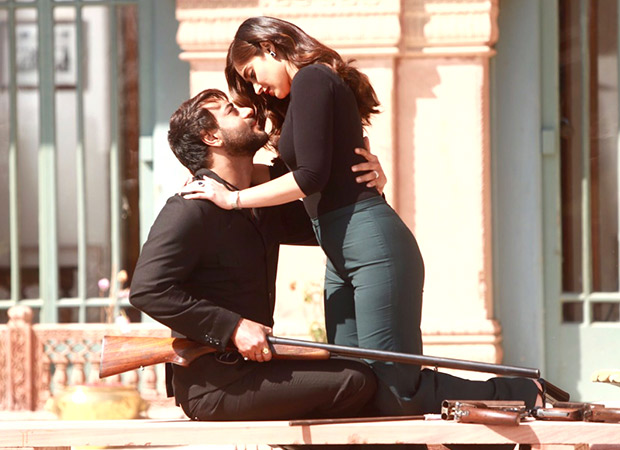 Baadshaho went past its first hurdle over the weekend as it collected Rs. 43.30 crore. The numbers are in the same range as Badrinath Ki Dulhania that had collected in its first three days [Rs. 43.05 crore]. Nonetheless, it is from this point on that the real challenge would begin as the Milan Luthria directed film needs to be ultra-stable right through the weekdays.

Thankfully, there isn't much of a competition and hence the stage is wide open for it to perform. At the single screens it is practically without any competition whatsoever and hence there is potential to bring in numbers across the Hindi belt. At multiplexes, it is seeing challenge from not just one but two Ayushmann Khurranna films - Shubh Mangal Savdhan and Bareilly Ki Barfi. However for those hunting for 'masala' entertainment, Baadshaho is a feast indeed.

While Ajay Devgn has of course seen bigger successes and hence would be waiting to see where the film eventually lands up, for Emraan Hashmi this has turned out to be good news indeed. The film has already gone past the lifetime collections of his last few releases like Raaz Reboot [Rs. 30 crore], Azhar [Rs. 33 crore], Hamari Adhuri Kahani [Rs. 39 crore], Mr. X [Rs. 25 crore], Ungli [Rs. 23 crore], Raja Natwarlal [Rs. 29.20 crore], Ghanchakkar [Rs. 34 crore], Ek Thi Daayan [Rs. 28 crore] and hence emerged as his biggest earner in last five years since the release of Raaz 3: The Third Dimension [Rs. 73 crore]. Happy news indeed for him!