Zoya Akhtar, the maker of the movies like Zindagi Na Milegi Dobara and Dil Dhadakne Do, is coming back with yet another interesting story of underground scene of hip hop especially rapping. The film, Gully Boy starring Ranveer Singh and Alia Bhatt, is inspired by the lives of rappers Divine and Naezy who started from underground scene and made rap culture pretty mainstream. While the film premiered at Berlinale 2019 and the promotions are on, the filmmaker is receiving flak for her recent statement. 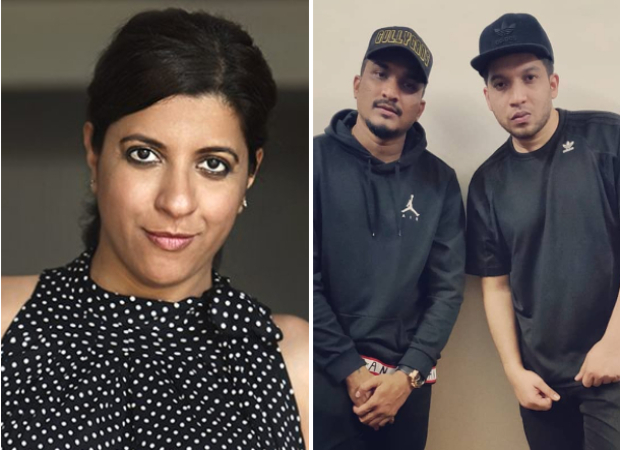 Zoya Akhtar recently spoke about rappers Naezy and Divine and labelled them as 'hardcore feminists'. While it was very much a compliment, the next statement about them did not go down well with the fans. The filmmaker said that they are hardcore feminists but she thinks they might even know the world. She added that it’s the way they talk about women and also the way they don't talk about them. She feels that their work does not have any cynicism and they are about to bring a lot of change.

Naezy tweeted the article with the caption that read, "We are hardcore feminists and we don’t know the word. Okay". Now, this definitely raised questions whether the rapper was offended by the statement. He followed his tweet by saying, "I think what she meant is that we don't label it as feminists or feminism but it shows in our words and actions. She knows us very well, I think we’re good."

I think what she meant is that we don't label it as feminists or feminism but it shows in our words and actions. She knows us very well, I think we’re good.

But, it seems like the netizens were not too happy about her statement and the filmmaker received a lot of flak.

That part made me laugh and angry at the same time. They(industry) really think rappers are uneducated. Smh. pic.twitter.com/L0KXpYT1EL

This sounds so patronizing. "I hope the boys get whatever they want, but remain as authentic and true as they are. I hope they don't have to sell out, but still get the perks of everything."

Funny how she threw in a 'this is legit' and 'who you' in the convo. Talking the walk hehe.

' For [Zoya] Akhtar, who has been vocal about the #MeToo movement, what was most attractive was that she thinks both the rappers are hard-core feminists. "I don't think they know the word," she said. '

my doubts and slight hatred towards the entitled elitist behaviors of Zoya Akhtar is charging up as the release day draws closer https://t.co/pHmpjxdlt3

Meanwhile, on the work front, Ranveer Singh, Alia Bhatt and Zoya Akhtar returned from Berlin earlier this week after the world premiere of Gully Boy. It is a story about an aspiring rapper and the underground hip hop community. Based on the lives of Naezy and Divine, the actor is essaying the role of a street rapper. Directed by Zoya Akhtar, the film is set to release on February 14, 2019.