In the beginning of 2008, the Sri Rajput Karni Sena became a name to reckon with after they tirelessly and even violently protested against the film Jodhaa Akbar, starring Hrithik Roshan and Aishwarya Rai Bachchan. The organization members had issues with the supposed distortion of history and hence got the film banned in around 4 states, resulting in financial loss for the producers. As years passed, the Sri Rajput Karni Sena was slowly fading into oblivion but then what they did during Padmaavat’s release made it an outfit no one will ever forget. They shocked the country by brazenly slapping its director Sanjay Leela Bhansali on its Jaipur sets in January 2017. Then they once again protested and this time they did it with full force. It resulted in delay of the release from December 1, 2017 to January 25, 2018. Though the film was a blockbuster, it failed to find a release in many provinces, thanks to the Sri Rajput Karni Sena. 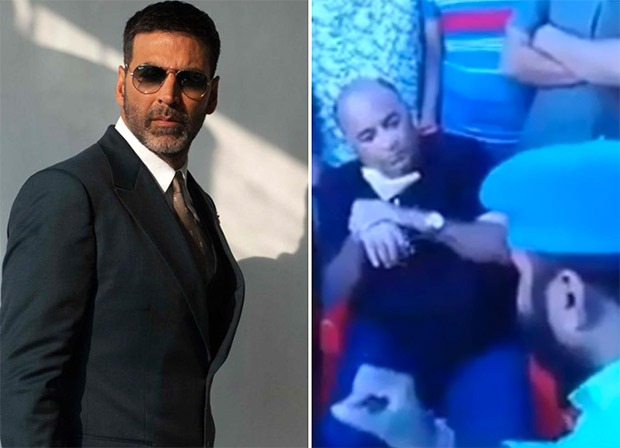 And now, they are back in the news. Yesterday, it was reported that the organization members, led by Mahipal Singh Makrana, national president of Sri Rajput Karni Sena, landed up on the sets of the upcoming historical Prithviraj, at Gopalgarh village in Jamwa Ramgarh tehsil near Jaipur, Rajasthan. The film’s lead actor Akshay Kumar wasn’t present and Mahipal met its director Chandraprakash Dwivedi and put forward their demand. They want to read the script to ensure that there’s no historical inaccuracy and once they are satisfied, only then will they allow the shoot.

And now a video has emerged that shows Mahipal Singh Makrana having a discussion with Chandraprakash Dwivedi on the sets of the film, surrounded by what seems to be the unit members. Chandraprakash can be seen listening to Mahipal keenly. Mahipal threatens that if they are not happy with the script, they won’t allow the shoot of the film in any part of the country. He also expresses that he has love for Akshay Kumar’s ‘nationalistic’ activities. In the video, Mahipal Singh Makrana can be heard saying, “We are a Censor Board in ourselves. We’ll judge history by ourselves. We have our own historians. Till you don’t satisfy us, in a day or two, you won’t be allowed to shoot. If you still go ahead, I, Mahipal Singh Makrana, national president of Sri Rajput Karni Sena, guarantee you that we won’t allow the film’s shoot anywhere in the country. We respect Akshay Kumar ji and hence, we have come here peacefully. We respect him because he has done so much for the pension of the widows of martyred soldiers, with amount running into lakhs. And he’s a deshpremi and a rashtrapremi. Even the films that he does have a nationalistic message.”

Prithviraj is produced by Aditya Chopra’s Yash Raj Films and is slated for a Diwali release this year.