Taapsee Pannu starrer Rashmi Rocket will see the actress play an athlete in the film. Now, the makers have roped in Bhavesh Joshi Superhero actor Priyanshu Painyuli opposite Taapsee. He will essay the role of her army officer husband. 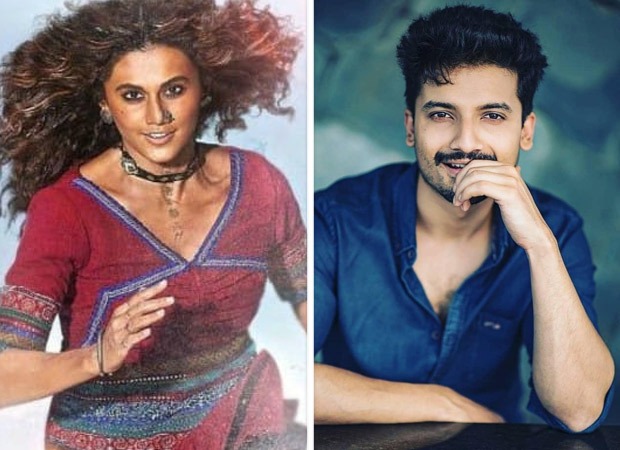 Priyanshu Painyuli was supposed to shoot Vishal Bhardwaj's Midnight Children. He had given his dates for the same. But, the movie did not pan out. Eventually, director Akarsh Khurana reached out to Painyuli for the role in Rashmi Rocket as they were friends since the theatre days.

Another reason for Priyanshu to pick up this project was to do the role of an army officer. His father was a colonel and at one point, he wanted to be in the army before he got into dramatics and theatre. He will join the team in Kutch once the schedule begins.

Set in the salt marshes of Kutch, Rashmi Rocket is about a young girl from a village, blessed with a gift. She's an incredibly fast runner. The village fondly knows her as Rocket. When she gets a chance to showcase her talent professionally, she jumps at the opportunity, only to realize that the race to the finish line is peppered with many hurdles, and what seems like an athletic contest turns into her personal battle for respect, honour, and even her very identity.

The film will be produced by Ronnie Screwvala, Neha Anand and Pranjal Khandhdiya. Rashmi Rocket which is based on an original story by Nanda Periyasamy will be directed by Akarsh Khurana and stars Taapsee Pannu in the lead. It will hit theatres early next year. The screenplay for this film will be written by Aniruddha Guha.