Each day a lot of things happen in the world of Bollywood. From new film announcements to celebrities being spotted with their rumoured partners, to of course social engagements, Bollywood News, and celebrations. Rounding up the rather active day in a comprehensive way, Bollywood Hungama brings to you a specialized way to catch up on the latest Bollywood news. So, from Gehraiyaan star Deepika Padukone’s reaction after watching Alia Bhatt’s Gangubai Kathiawadi to why Karan Johar is sleepless in London and Alia Bhatt answering fan questions, here are today’s latest top trending entertainment and Bollywood news. 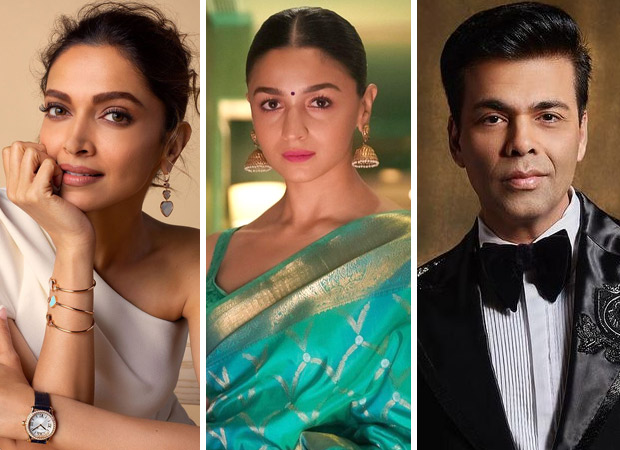 From god-daughter Alia Bhatt’s Gangubai Kathiawadi to his very first web series, The Fame Game; here’s why Karan Johar is sleepless in London
Karan Johar currently in London has double reasons to be nervous and anxious. His first web series The Fame Game which brings Madhuri Dixit back into the limelight starts streaming on Netflix on the same Friday (25 February) as his god-daughter Alia Bhatt’s litmus test in Gangubai Kathiawadi releases in theatres. During an informal chat from London, Karan sounds like an anxious mother whose children await admission into a prestigious school. Here’s Why.

Alia Bhatt answers fan questions; reveals how Gangu would react to social media hatemongers- “Himmat hai toh mooh pe aake bol na”
Alia Bhatt is all set for the release of her much-awaited film Gangubai Kathiawadi. The film directed by Sanjay Leela Bhansali is a couple of hours away from its grand theatrical release. The film had its premiere at the Berlin International Film Festival and opened to great reviews and has only added to the buzz and excitement around the film. Ahead of the release of the film, Alia conducted an #AskAlia session on Twitter where she answered questions from her fans. Read More.

Sonu Sood urges Indian Embassy to find an alternate route for the evacuation of Indian citizens stuck in Ukraine amid the war
The ongoing war between Russia and Ukraine has already claimed several lives. Several Indian citizens are also stuck in the war-torn country of Ukraine. Among them are thousands of students who were living in the country to pursue their education. Recently, actor Sonu Sood urged the Indian government to ensure that Indian citizens stuck in Ukraine are brought back home safely. Read more Here.

Shakun Batra reveals he got abusive mails post the release of Gehraiyaan- “Picture nahi bana sakta toh nikal na yaha se”
Shakun Batra directed Gehraiyaan was released on February 11 on Amazon Prime Video. The film starring Deepika Padukone, Ananya Panday, Siddhant Chaturvedi, and Dhairya Karwa portrays the complexities of modern relationships touching upon themes like infidelity, commitment, and desire. The film opened to polarising reviews with some people loving and relating to it and some unable to make sense of the film and its plot. Either way, the film has opened discussions on the complexities of human emotions and relationships in modern times. Read on for more Details.