The Allahabad Court on Thursday rejected the anticipatory bail application filed by Aparna Purohit, head of the India Original, Amazon Prime Video on connection with an FIR that alleged that the makers of the web series Tandav streaming on Amazon Prime Video hurt the religious sentiments of a particular community. 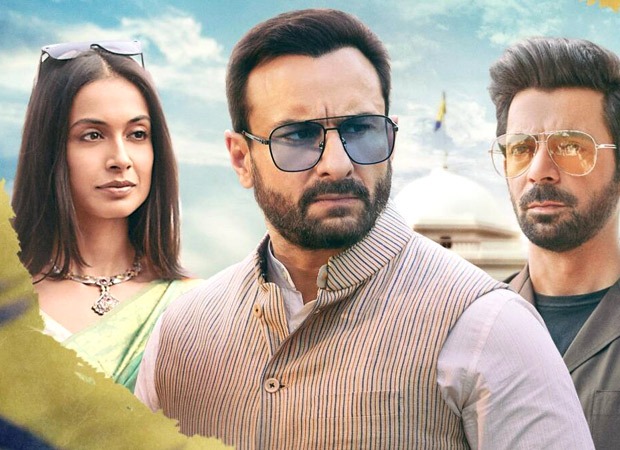 The anticipatory bail plea by Purohit was filed in connection with a case lodged in Greater Noida against her and six others under IPC provisions relating to promoting enmity between different groups and intending to outrage religious feelings among others.

On Thursday, while rejecting the application of Purohit, Justice Siddharth said, "On the one hand, the sentiments of majority community have been hurt by display of the characters of their faith in a disrespectful manner and on the other hand, an attempt has been made to widen the gap between the higher castes and the scheduled castes when the object of the state is to bridge the gap between the different castes and communities and make the country a united force socially, communally and politically.”

Referring to the scene in the series which caused a furore, the court observed, "The scenes in dispute are likely to cause disturbance and threats to public order. The reference to Hindu Gods and Goddesses in the scenes in dispute in berating light cannot be justified.”

It said that the disclaimer about the show being fictional “cannot be considered to be a ground for absolving the applicant of permitting the streaming of an objectionable movie online”.

On the title of the show, the court said, “The use of the word ‘Tandav’ as the name of the movie can be offensive to the majority of the people of this country since this word is associated with a particular act assigned to Lord Shiva who is considered to be creator, conservator and destroyer of the mankind all together.”

“The reference to Hindu Gods and Goddesses in the scenes in dispute in berating light cannot be justified. The advice of Sage Narad to Lord Shiva to make some inflammatory tweet on the Twitter like all the students of the campus becoming traitors and raising slogans of freedom clearly alludes to the incidents which took place in Jawaharlal Nehru University and therefore, it can be considered to be a message of hate advanced through the movie,” it said.

The court also took notice of films in the past “which have used the name of Hindu Gods and Goddesses and shown them in disrespectful manner”. It listed films such as Ram Teri Ganga Maili, Satyam Shivam Sundram, P.K. and Oh My God and also said that“efforts have been made to subvert the image of historical and mythological personalities (Padmavati)”.

“Western filmmakers have refrained from ridiculing Lord Jesus or the Prophet but Hindi filmmakers have done this repeatedly and still doing this most unabashedly with the Hindu Gods and Goddesses,” the court further observed.

Rejecting Purohit bail plea, the court reasoned, "The fact remains that the applicant had not been vigilant and has acted irresponsibly making her open to criminal prosecution in permitting screening of a movie which is against the fundamental rights of the majority of citizens of this country and therefore, her fundamental right of life and liberty cannot be protected by grant of anticipatory bail to her in the exercise of discretionary powers of this court.”

The court also said Purohit was granted interim protection from arrest on February 11 by the Lucknow Bench of the Allahabad High Court, “but she was not cooperating with the investigation”.

“This conduct of the applicant shows that she has scant respect for the law of the land and her conduct further disentitles her to any relief from this court, since co-operation with investigation is a necessary condition for grant of anticipatory bail,” it said.

ALSO READ: Amazon Prime Video postpones the release of The Family Man 2 after brouhaha over Mirzapur and Tandav