After the tales of heroism like Airlift, Rustom and Kesari, Akshay Kumar's next, Mission Mangal, celebrates the power of women scientists and their achievements who were responsible for the Mars Orbiter Mission (MOM). The film features Vidya Balan, Taapsee Pannu, Sonakshi Sinha, Kirti Kulhari and Nithya Menen. While the film celebrates the achievements of these women, it also received criticism since Akshay has been prominently featured on the posters. 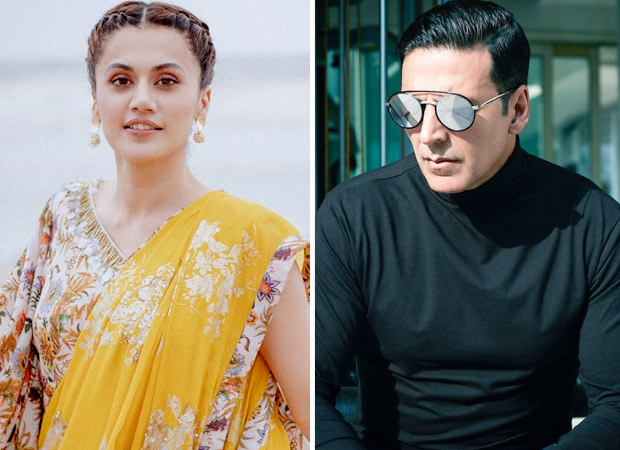 When asked about Akshay Kumar receiving the spotlight while the film is about the women, Taapsee Pannu said that one can't deny the fact that Akshay's face on the poster will result in huge footfalls. She said that they can't escape the fact that it is a commercial requirement since it is a big-budget film. She added that five women put together won't be able to add up to the opening figures that Akshay can get singlehandedly. Taapsee further said that if the women in the film weren't there, the film will still open with big numbers since Akshay is attached to the film. She said that their absence would have reduced the star quotient but wouldn't have made much difference.

Taapsee further said that those who are raging about the posters wait for reviews to come out if the film is women-centric. They wait for the weekend and reviews before they watch it. She said that Akshay is taking all of them for promotions and standing up for them. She mentioned that during Delhi promotions, he was made to sit separately but he made sure to sit with them. She said that they are on their way to become equal.