As Rohit Shetty and Farah Khan are on the brink of finalizing their project, the remake of the 1982 blockbuster Satte Pe Satta with Hrithik Roshan, the race for the lead actress is getting hotter and narrower, with some of today’s top actresses being ruled out because they are too young to play the role. There has been talk of almost every actress being approached to play Hema Malini’s role (Indu) for the movie - from Kriti Sanon to Deepika Padukone and Katrina Kaif but fact is, none of them have been approached. 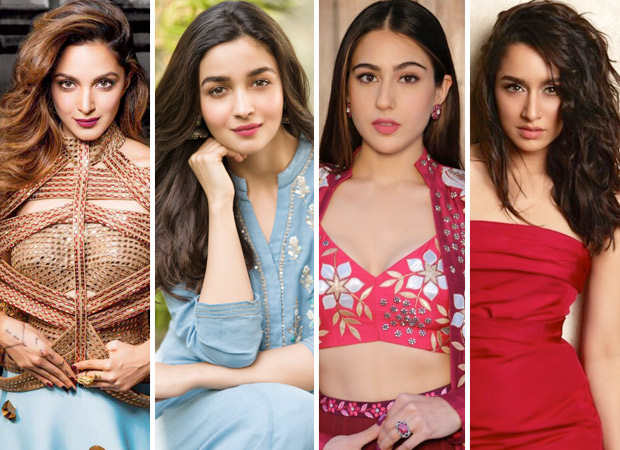 Says a trade source, “Rohit Shetty’s Satte Pe Satta remake, directed by Farah Khan, is one of the hottest projects in Bollywood today with some of the top actresses falling over each other trying to bag the female lead. Many young and mature actresses have sent feelers to Farah that they are interested in the movie. Once Hrithik gives the nod to the project, it will be the hottest announcement this year and which actress won’t want to be a part of it? But the makers are sure that they are not making De De Pyaar De where Ajay Devgn was older than his girlfriend. They need somebody closer to Hrithik’s age. Which also rules out Rohit Shetty’s Simmba heroine, Sara Ali Khan. Also, the lead actress in Satte Pe Satta needs to be mature and have the personality to play Hema Malini’s role. Indu was as important as Ravi Anand (Amitabh Bachchan) as she trains her six brothers-in-law from hooligans to more stylish men. The remake needs an actress-performer who can match Hrithik’s fine histrionics.”

The source adds that now the race seems to have narrowed down to Deepika Padukone and Katrina Kaif. “Apparently, Katrina is Farah’s choice while Rohit prefers Deepika. There were feelers sent to Farah and Rohit from Kiara Advani, Shraddha Kapoor and Alia Bhatt’s camp, to play the female lead opposite Hrithik but they were told that they were too young to play Hema Malini's role. Most actresses are very close to Farah, including Sonam Kapoor, Priyanka Chopra, Huma Qureshi, Katrina Kaif and Deepika Padukone. Kareena Kapoor Khan would have been great for the role – being a fabulous actress and having the emotional depths to portray such a role but she and Hrithik may not work together.”

The movie was about seven brothers (orphans), living on a farmhouse like hooligans without etiquette and manners, led by their oldest brother Ravi Anand (Amitabh Bachchan). They are taught the social niceties by a nurse Indu (Hema Malini) who falls in love with Ravi. But everything becomes chaotic when Ravi’s lookalike and impersonator, Babu, turns up, kidnaps Ravi and turns everything in the Anand family upside down.

The remake Satte Pe Satta is a much-coveted script with many stars vying it. Apart from Amitabh Bachchan and Hema Malini, Satte Pe Satta (1982) featured Sachin Pilgaonkar, Shakti Kapoor, Paintal, Sudhir, Inderjeet and Vikram Sahu as the rest of the six Anand brothers and Amjad Khan, Ranjeeta Kaur, Sarika, Kanwaljit Singh, Prema Narayan, Mac Mohan and Kalpana Iyer in other roles. The movie is an adaptation of the American musical film Seven Brides for Seven Brothers. The original Satte Pe Satta (1982) was produced by Romu Sippy and directed by Raj N Sippy and the remake rights are said to be with Rajesh Vasani, of movie marketing firm, Paras Publicity Services.