On Indian cricketer, Mithali Raj's birthday, December 3, Viacom 18 announced the biopic Shabaash Mithu. The Studio with an impressive record of stories with strong women characters from Kahaani, Queen, Mary Kom to Padmaavat has roped in Taapsee Pannu to headline the film and signed Rahul Dholakia as the director. 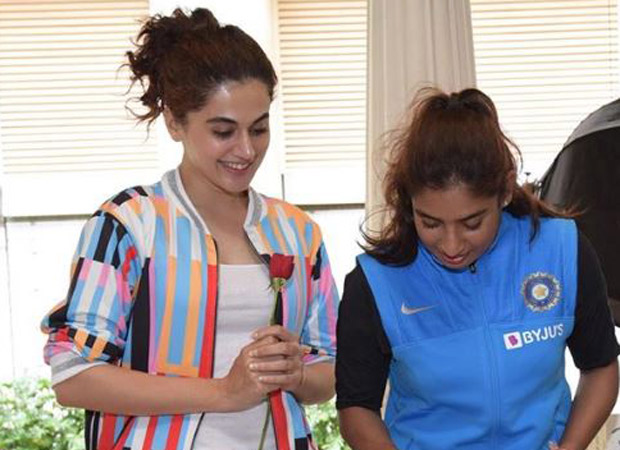 In an interview with a tabloid, Taapsee Pannu spoke about what made her connect with Mithali Raj. Taapsee said that she started following Mithali Raj when she counter-questioned a journalist who asked her about her favourite male cricketer, wondering if he'd pose the same query to a male cricketer. The actress felt an instant connection because as an actress, Taapsee is often asked about her male co-stars. Talking further about Mithali, Taapsee said, what struck as odd to her while watching Mithali's matches was that while the team was battling it out in the pitch, she would sit in the pavilion reading a book.

Growing up, Taapsee never played cricket as it was considered a guy thing. However, Mithali has now challenged the actress to learn her cover drive. Mithali Raj will be helping Taapsee train for her character.

Also Read: SCOOP: Taapsee Pannu to star in Hindi remake of U Turn?