Ever since the fallout between Kapil Sharma and Sunil Grover, there have been many speculations about their alleged relationship. While Grover is no more a part of the ongoing The Kapil Sharma Show, latest reports claim that he will soon be making a return. However, this time he will be one of the guests with Bharat stars Salman Khan and Katrina Kaif. 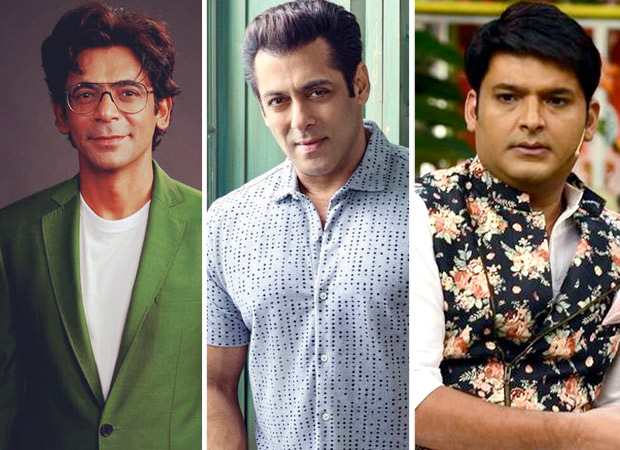 Readers may recall that Sunil Grover has been shooting with Salman Khan for Bharat. The comedian is expected to play the superstar's best friend in the film. And now, it is being said that the trio will be guests on one of the episodes of the show. Interestingly, Salman Khan is also the producer of The Kapil Sharma Show.

Speaking of being a part of the new season of The Kapil Sharma Show along with the rest of the team, Sunil had earlier maintained that his Bharat dates apparently clashed with the shoot schedule of this TV show because of which he couldn’t return as the cast of the show. On the other hand, Grover branched out with his own show Kanpur Wale Khuranas and the comedian turned actor had maintained that he could only accommodate this show during his free time.

On the other hand, The Kapil Sharma Show is currently tackling a major controversy after the Pulwama Attacks. Cricketer turned politician Navjot Singh Sidhu, who is also a part of the show, recently received heavy backlash over his comments on the Kashmir terror attacks that killed 49 CRPF officials. This was followed by news of him being sacked from the show. When Kapil Sharma defended his friend and co-star during a press conference, it lead to another outrage where the netizens are demanding to boycott the comedian and the show too.  But any official announcement regarding the show being aired on national television is yet to be made.