Rohit Shetty is expanding his cop universe. After successful cop films with Ajay Devgn and Ranveer Singh – Singham franchise and Simmba – the filmmaker has begun shooting for his next project, Sooryavanshi starring Akshay Kumar. The character was first introduced in the post-credits scene of Simmba when Ajay’s character Bajirao Singham was seen interacting with Akshay Kumar on phone Katrina Kaif will be the leading lady in the film. As the film went on floor last week, a lot of details are unveiled. 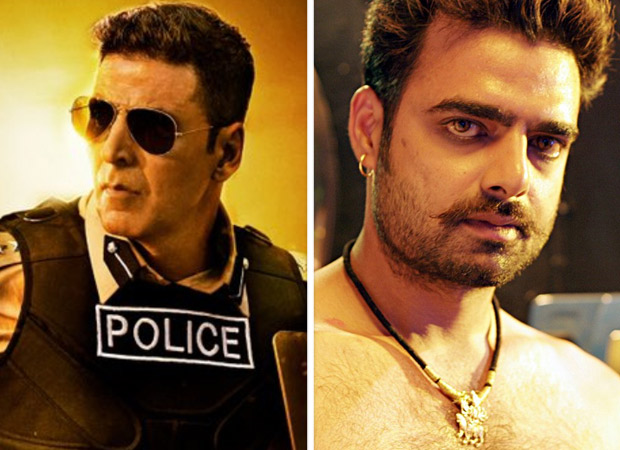 While Rohit Shetty's films are known for their extravagant storylines and characters, they are also known for their villains. And rightfully so, the audience has been waiting for the announcement of Sooryavanshi villain. Well, the wait is over as Abhimanyu Singh has been roped in to face off Akshay Kumar. Abhimanyu was last seen in Sridevi starrer Mom.

Speaking about his role, Abhimanyu said that Rohit Shetty had seen his work in 2017 Tamil film, Theeran in which he essayed the role of a villain with heroic shades. Rohit had loved his performance and one day called him over to his office to congratulate him. He, then, said that Abhimanyu would be perfect for the villain role in Sooryavanshi and congratulated on bagging the role. He further added that the first day shooting with Akshay was amazing and they had to complete some important sequence in the very same day. From the first day, Rohit made him feel comfortable and he felt like they had known each other for years.

In Sooryavanshi, Akshay Kumar is essaying the role of an ATS officer. The film will be jointly produced by Rohit Shetty Picturez, Cape Of Good Films and Dharma Productions. The film is produced by Hiroo Yash Johar, Aruna Bhatia, Karan Johar, Apoorva Mehta and Rohit Shetty. It is scheduled for Eid 2020 release.