Mission Majnu starring Sidharth Malhotra and Rashmika Mandanna has gone on floors today in Lucknow. The film backed by Ronnie Screwvala's RSVP Movies and producers Amar Butala and Garima Mehta is a film on India's most ambitious covert operation. The film is being directed by Shantanu Bagchi. 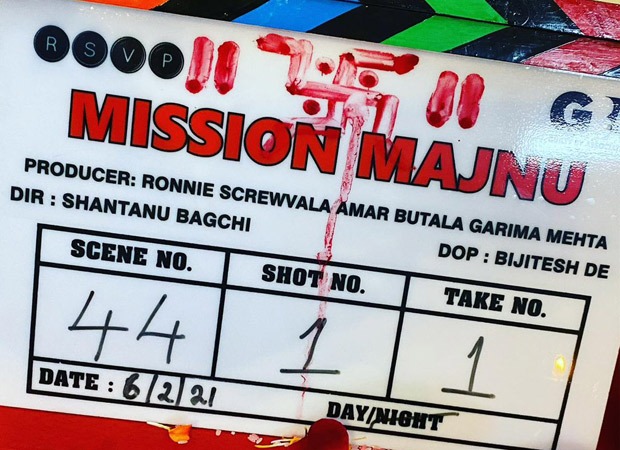 On Saturday morning, RSVP Movies took to their official Twitter handle to announce the film going on floors. Sharing a picture of the clapboard of the film, they wrote, “The first chapter of one of India’s deadliest covert operations begins today! #MissionMajnu commences shoot in Lucknow.”

The film is inspired by real events set in the 1970s and is the story of India's most courageous mission in the heart of Pakistan that forever changed the relationship between the two nations.