After the success of Mission Mangal, Vidya Balan is all set for another interesting role starring as Shakuntala Devi in the upcoming biopic. Sony Pictures Networks Productions (SPN Productions), the film division of Sony Pictures Networks India (SPN) along with Abundantia Entertainment has announced its upcoming film based on the life of Shakuntala Devi. The film brings to life the legendary and inspiring story of Shakuntala Devi popularly known as ‘The Human Computer’. And we finally have the first look. 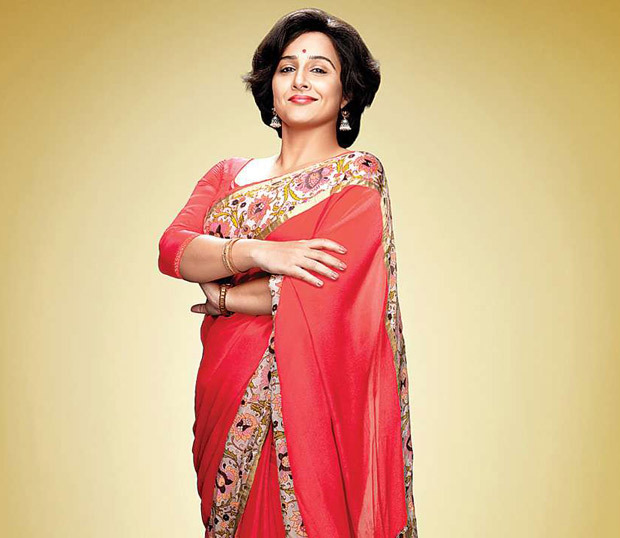 Vidya Balan shared the motion poster of the Anu Menon directed film this morning with a caption that read, "She was extraordinary, in every sense of the word! Know the story of the child prodigy & the human computer, #ShakuntalaDevi." In the first look, the actress is dressed in red saree and flaunting a short bob. The shoot begins today in London.

Shakuntala Devi took the world by storm with her talent of making incredibly swift calculations from a very young age. Despite no formal education, Shakuntala Devi made a name for herself globally as a ‘math genius’. Her great mathematical skills even find a mention in the Guinness Book of World Records.

Sneha Rajani, Studio Head, Sony Pictures Networks Productions says, “On very few occasions, you get an opportunity to tell a story of an individual who has had a journey that has inspired the entire world. The achievements of Shakuntala Devi are unparalleled globally. She was exceptionally gifted and everyone was in awe of her including myself. I have had the honour of meeting her thrice. Vikram and his team are great to work with and Vidya is someone I wanted to work with forever! I am looking forward to beginning this new association and bring this phenomenal story to our audience.”

Anu Menon, director, says, "I have always been fascinated by Shakuntala Devi and truly felt that hers is an incredible story that had to be told. She was an extraordinary woman, who lived ahead of her times and on her own terms, unapologetically. From Vidya Balan to the rest of the cast and crew, and my producers – Vikram and Sony Pictures Networks Productions, I am so glad that all the elements have come together for us to put our best foot forward. I’m delighted that everyone will finally get to witness it on the big screen.”

Vikram Malhotra, Producer, Abundantia Entertainment Pvt Ltd, adds, “Abundantia has always been at the forefront of supporting progressive and insightful stories. I am delighted that we are extending our content philosophy further with this exciting story on the life and times of Shakuntala Devi. Shakuntala Devi is, even now, one-of-a-kind and I’m certain that this unique story, especially with the amazing Vidya Balan in the lead, will connect with audiences across generations. I also eagerly look forward to a new partnership with Sony Pictures Networks Productions so that together we can take storytelling to a new level.”

Powerhouse talent, Vidya Balan, will be essaying the title role of Shakuntala Devi. The film is produced by Sony Pictures Networks Productions and Vikram Malhotra. Anu Menon and Nayanika Mahtani have written the screenplay and Ishita Moitra is the dialogue writer of the film. Principal photography of the film has commenced today and this unique tale of the human mind and human relationships will see a worldwide release in the summer of 2020.